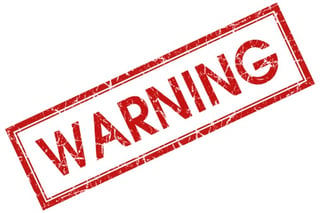 Many times when our firm consults clients for the first time, they often ask about the possibility of debt settlement and/or debt negotiation programs. Many have heard the ads over the radio or the television which "promise" or "claim" debt negotiation as an alternative to bankruptcy, where the company states it will negotiate with an individual's creditors to pay their debt at a mere percentage of the amount owed.

Often these companies allege that using their services will have no impact on a person's ability to get future credit, or that any negative information reported can be removed from your credit report when you complete the debt negotiation or debt consolidation program.

The typical process is that the company will tell the individual to stop making payments to creditors, and instead, make monthly payments to a debt negotiation company, typically in an amount similar to the amount he or she would be paying were they paying the minimum amounts due on their credit cards. The debt negotiation or settlement company may promise to hold your funds in a special account.

However, there is a reason why many times clients will see a bankruptcy attorney only after they have retained these debt negotiation companies. These companies usually fail to meet their clients expectations. No one can ever offer any type of guarantee that a creditor will accept a partial payment of legitimate debt, or even if a creditor were willing to accept a settlement, prediction of the structure of a settlement is impossible. Many times creditors willing to settle for less than the full amount will request a large lump sum payment up front, which takes time for an individual to accumulate such a significant payment.

Alternatively, the companies may deal with one creditor, while another creditor proceeds with collection actions against the individual. An individual with many creditors who stops paying all creditors and pays a debt settlement company often finds that they begin to receive increased late fees, interest rates, and other charges, wherein the amount of debt that they initially owed can increase drastically, even doubling prior to any settlements being negotiated.

And this is often the best case scenario. The worst case scenario is that the individual makes payments of several thousand dollars to a company which does little, pays no creditors, leaves them in a much worse position, and refuses to refund any of the money to the individual. They are ofter left with no alternative but to file bankruptcy, but are out several thousand dollars, which they could have used to get themselves back on their feet.

Unlike a bankruptcy filing, where the filing a bankruptcy petition invokes the automatic stay and prevents creditors from continuing collection actions against an individual, including collection calls, lawsuits, garnishments, and the like, retaining a debt settlement or debt negotiation company has no such effect. Creditors maintain the right to continue with collection efforts against the individual personally, and can sue you to recover the money that you owe.

Our firm has had clients who, while they believed that they were being represented by a debt settlement company (and making payments to such companies), were being actively sued by creditors. If creditors are able to get a judgment, in certain circumstances, they can garnish wages, levy bank accounts, or put a lien on an individual's property.

Even when successful, there can also be tax consequences to settling with creditors for less than the amount owed. Many times credit card companies may report settled debt to the IRS, and the IRS, in certain circumstances, may consider such forgiven debt as imputed income to the individual.

The Federal Trade Commission has offered the following as Tip-Offs for Rip Offs when dealing with Debt Settlement Programs:

If you are dealing with financial issues and are considering debt settlement, you may want to consult with one of our attorneys, and at least explore your bankruptcy options. You can call our offices at 973-870-0434 or contact us online for a FREE initial consultation.