Dangerous Medical Device Not Approved by FDA Before Marketing 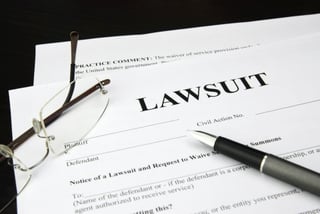 New Jersey is the scene of a series of significant products liability lawsuits against Johnson & Johnson in regard to a vaginal mesh implant it produces. Now, a new development notes that Johnson & Johnson, headquartered in New Brunswick, allegedly marketed the Gynecare Prolift for more than three years before the FDA cleared it for sale. In fact, the device may have been on the market before the FDA even knew it existed.

The implant is designed to repair weak pelvic muscles and is now implicated in more than 550 products liability lawsuits alleging consumer injuries.

Medical experts have expressed their alarm that surgeons provided the implant without FDA oversight. In July of 2011, the FDA reported that malfunctions, injuries and deaths related to vaginal mesh implants increased by a factor of five. A panel of experts advised the FDA that vaginal mesh implants are "high risk devices," warranting testing on humans for safety.

The FDA does have a process to approve a product without human testing if the device is determined by the agency to be similar to a predicate device, or an approved device already for sale. Johnson & Johnson sought approval for a new device in 2007, using the Prolift as a predicate device for the new product.

After learning of the Prolift, the FDA demanded that Johnson & Johnson submit a fast-track application, which the agency approved in May 2008. FDA data regarding malfunctions, serious injuries and deaths indicate that 123 complaints were filed between the initial marketing of Prolift and its 2008 approval.

Johnson & Johnson argues that a product developed and cleared in 2002 was the predicate device for the Gynecare Prolift.

Johnson & Johnson is the second-largest producer of health-care products in the world. The company, in the last few years, has been under scrutiny for its marketing practices. Four of its units have entered guilty pleas involving illegal marketing practices, including bribery. Johnson & Johnson also recently initiated massive product recalls of over-the-counter drugs and 93,000 hip implants with increased rates of failure.

An individual injured by a dangerous medical device can consider filing a lawsuit against the producer to seek compensation for medical expenses, pain and suffering and other economic losses.