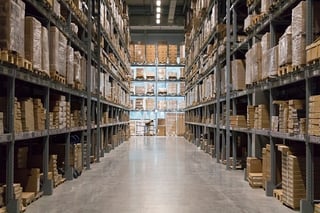 Last month, jurors awarded more than $4.8 million to the family of a victim in a fatal workplace accident in Pitman, New Jersey. The victim's family also received compensation in separate settlements.

The accident occurred in 2005. The victim was driving a pallet truck in a warehouse, and the truck's electronic brakes failed. The pallet truck collided with a steel rack and crushed the victim between the truck and the rack. The victim and his family filed a suit in civil court in 2007, and the victim died in late 2009.

The victim suffered injuries requiring the removal of most of his intestines and 13 hospital admissions. Multiple surgeries and a feeding tube resulted in infections, until the victim died from these complications about four years after the accident. The jury's award allocated compensation for medical expenses, financial losses, loss of companionship and pain and suffering.

The jury in this case found the victim's employer 75 percent at fault for the victim's injuries and the accident. The jury attributed the remaining 25 percent of the responsibility for the accident to the victim, finding that the victim was, in part, responsible because he did not trigger a backup braking system.

At question in this case was whether the company was liable for providing the victim with defective equipment. The employer claimed that all trucks in the warehouse were tested regularly.

The company that serviced the truck gave the victim's family an additional $950,000. The truck's manufacturer also agreed to pay an undisclosed amount in a pretrial settlement.

Wrongful death and workplace accident cases can be extremely complicated. Frequently, several parties are involved and the employer will aggressively defend themselves against liability. It can often be confusing for victims survivors to determine who is liable and where to direct any litigation.