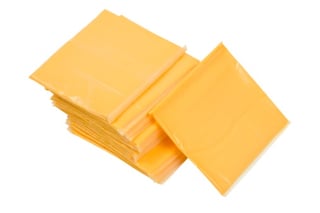 Consumers in New Jersey and elsewhere often buy goods on a daily basis. This action is almost routine and done without the fear that the goods being purchased could cause serious or even fatal injuries when used or consumed. Despite this, errors occur in the design and manufacturing of goods, thus resulting in serious hazards for consumers. Because of this, product recalls are issued; however, this does not prevent all consumer injuries from occurring.

Following 10 consumer complaints, including three reports of choking incidents, the Kraft Heinz Co. voluntarily recalled roughly 36,000 cases of the company's Kraft Singles cheese products due to packaging issues. According to reports, there is a risk that the packaging film could stick to the individual slices of cheese, thus causing a choking hazard for consumers.

This recently issued recall applies to the 3-pound and 4-pound sizes of Kraft Singles American and White American cheese products. Products that have a used by date of December 29, 2015, through January 4, 2016, that have the manufacturing code S54 or S55 are impacted by this recall.

When a consumer is injured or killed due to a defective product, the injured consumer or the loved ones of the deceased consumer may be able to file a product liability claim. If a defective or dangerous product is believed to be the cause of a consumer injury or death, it is important to investigate the situation. Once cause is established, liability could be placed on the manufacturer or retailer based on consumer rights.