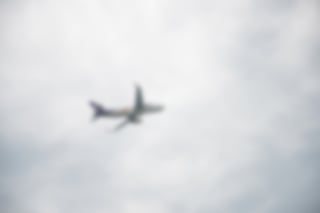 As many New Jerseyans know, the loss of a family member can be a devastating and incredibly difficult time. When a death occurs as a result of another person's negligence, family members can be left with many unanswered questions and much grief.

The 2009 Continental Flight 3407 crash is one that many remember. On Feb. 9, 2009, the plane took off from Newark, N.J. and crashed into a suburban home in Clarence. The crash took the lives of all 47 people onboard, in addition to one man in the house struck by the plane. As the investigation later unveiled, the combination of a sleep-deprived pilot and young co-pilot turned deadly. As a result, more than three dozen wrongful death lawsuits were filed.

Recently, lawyers involved in the various cases updated the judge regarding the status of the suits. Twenty-nine plaintiffs have settled their claims, leaving only 13 open cases. Of the cases which remain open, mediation will continue. Overall, families of the passengers of Flight 3407 named Continental Airlines, its regional carrier, its parent airline company, the maker of the plane and FlightSafety International, which trained the pilots, in the lawsuits.

When an individual is killed due to the negligence of another, the family of the victim may be able to file a wrongful death lawsuit on behalf of the victim's estate, as in the instant cases. Typically, only a victim's immediate family members can bring an action for wrongful death - most commonly, the victim's surviving spouse, children and/or parents.

In a wrongful death suit, a court may award financial compensation to the victim's family. In many cases, medical and funeral expenses are awarded, in addition to the loss of services and support. In such a difficult situation, family members should be aware of their options under the law, and understand that a wrongful death claim may be a possibility in order to compensate them for their loss.