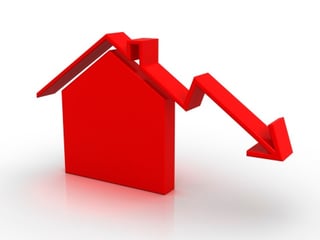 The Commerce Department announced earlier today that sales in August 2011 of new homes fell to a six-month low, as reported by the Associated Press.

The report released by the Commerce Department showed new-home sales fell 2.3 percent, which is approximately half the amount of sales necessary to uphold a healthy housing market. While only representing less than twenty percent of the overall home sales, new home sales do have a large impact on the economy, as each new home built is responsible for creating jobs as well as generating significant tax revenue (approximately $90,000.00 according to the National Association of Home Builders).

Last year was the five straight year that new home sales have declined, and it is anticipated that 2011 will be the sixth straight year.

Among the reasons provided for the continued decline in the housing market are fairly obvious: the high unemployment rate among borrowers, many lenders now requiring larger down payments and/or adjusting their lending standards which prevented many people from qualifying to purchase a home. Moreover, the double-digit drops on Wall Street and fears that the U.S. economy could be dipping back into another recession are also keeping many otherwise qualified purchasers from entering the housing market.

These new home sales now also face competition not only from those owner occupied homes which are on the market, but also the vast amount of foreclosures and short sales homes, in which the lending institution is directly trying to sell the property. These properties often sell at a discount and lower the values of similar homes, and can deflate the value of an entire neighborhood.

Specifically, in the Northeast, new home sales were down 13.6 percent in August 2011. While this can partially be blamed on the traumatic events of Hurricane Irene, nationally sales have been down for overall for the four straight months, during what is typically the peak purchasing season for the housing market.

Analysts predict that until wages and hiring increase, new home sales will continue to suffer.

With the New Jersey state court have recently cleared many of the large lenders to resume foreclosure lawsuits, including Bank of America, Wells Fargo, CitiGroup, and JPMorgan Chase,  (which had been stayed by the New Jersey State Supreme Court since December 2010 due to issues with "robosigning"), it is clear that at least in New Jersey, foreclosures will likely be on the increase.

As a result, builders and new home sales will face more competition from a flooded housing market, further delaying the housing market's recovery.