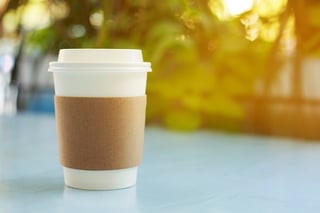 Many people in Wayne, New Jersey, might remember the famous McDonald's "hot coffee lawsuit" that occurred in 1994. In that lawsuit, a 79-year-old woman accidentally spilled hot coffee, which she bought from McDonald's, on her lap and suffered burns. She sued the restaurant chain and a jury awarded her $2.9 million in damages. However, the judge reduced the compensation to $400,000 and the woman and McDonalds settled the matter out of court, for an undisclosed amount.

Recently, a woman from New Jersey filed a lawsuit against Dunkin' Donuts, alleging that she suffered severe burns after she accidentally spilled hot apple cider that she bought from a Dunkin' Donuts in Belleville, New Jersey. According to the lawsuit, the woman is suing Dunkin' Donuts for product liability, breach of warranties and negligence. The lawsuit seeks compensation for the injury and punitive damages in addition to lawyer's fees, interest and other costs.

The lawsuit also says that the contents of the cup were excessively hot and "beyond industry standards." Moreover, the cup's lid was not properly closed and it dislodged and resulted in the hot cider spilling into the woman's lap and resulting in second- and third-degree burns on her thighs. According to the woman's attorney, the victim fears that her scars will never heal. He also mentioned that his client acknowledges the warning on the cup, which cautions customers about the hot contents. However, he said that the actual issue is the fact that the temperature of the cider was so high that it could cause third-degree burns.

The main concern here is the responsibility that a manufacturer or vendor has toward its customer. While at many times, consumer injuries can be minor and can be treated easily, there are times when people suffer more serious injuries. In New Jersey, it is possible to seek compensation for medical expenses, lost wages and pain and suffering caused by consumer products.