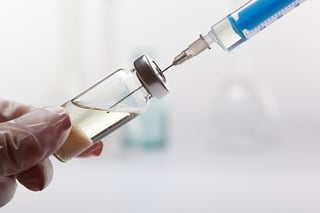 New England Compounding Center ("NECC"), a Framingham, Massachusetts pharmacy company which has been linked to a deadly nationwide meningitis outbreak, has filed a Chapter 11 bankruptcy case.

Meningitis is an inflammation of the lining of the brain and spinal cord. The first outbreak in this series was discovered in September 2012 in Tennessee in September.

Contaminated steroid injections from the NECC have been blamed for 39 deaths and 620 illnesses since the outbreak began over the summer. The company said in its filing that 130 lawsuits have been filed against it and 270 other people have claimed injury from the tainted drugs. As many as 14,000 people may have received the injection.

NECC is being charged with violating its state license, which permitted the company to make drugs only for individual patients based on specific prescriptions, but the company made large batches of drugs for broad distribution. In late October, state inspectors found unsterile conditions at NECC facilities.

Attorney Kimberly Dougherty, whose firm represents 30 plaintiffs, said NECC may not be the only liable party, but could not address the other potential defendants.