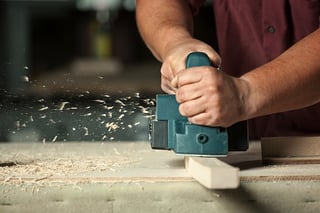 Electricity is used to power an endless list of things, and because of that, residents in New Jersey and elsewhere will often encounter electrically powered consumer products. While these products are designed with the safety of consumers in mind, malfunctions and defects can occur. This could lead to the electrocution of consumers, resulting in severe and even fatal injuries.

According to the most current report by the U.S. Consumer Product Safety Commission, or CPSC, roughly 70 fatal, unintentional, non-work-related electrocution incidents associated with consumer products during the three-year span from 2007 through 2009 occurred. During that time period and estimated 210 consumer product electrocutions occurred.

Following a fatal electrical accident, it is important for the surviving family members to understand the options afforded to them. An investigation could reveal the cause of the accident. If negligence caused the defect in the consumer product that led to the electrocution, liability could be placed on the manufacturer. A wrongful death suit could help loved ones recover compensation, helping them cover costs associated with the fatal incident.