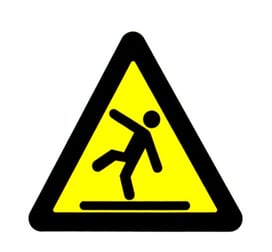 Property liability laws are in place to provide a safety net for people who are injured on other people's property. This means that commercial property owners, homeowners and landowners may be held accountable financially when someone is injured on their property.

Most premises liability claims in New Jersey are not heard before juries or judges, but are rather settled through pre-trial negotiations. However, it is important to have a personal injury lawyer ready to go to court in case it comes to that. A trial jury may take place later this month in New Jersey to decide a slip-and-fall case that resulted after a man who was visiting a museum fell on museum property, allegedly because a step had been obstructed by leaves.

The man was visiting the Solitude House Museum in the Borough of High Bridge in September 2009. The building was supposed to be closed at the time the man was there, but according to the plaintiffs there was a sign up welcoming guests to the building. Often, property owners or managers can be held responsible to compensate injured parties whether the person was invited as a guest to a property or not.

The man reportedly fell on a step and fractured both of his wrists in addition to sustaining lacerations on his face. He has said he still deals with wrist pain stemming from the incident.

The man sued the borough, which owns the museum, and the Union Forge Heritage Association, which is contracted to manage the museum, and other unnamed defendants, according to a news report. Late last month, a judge dismissed High Bridge as a defendant, but not UFHA.

According to the judge's ruling, High Bridge's agreement with UFHA protected the Borough from being sued. UFHA does not have such protection, and the judge was unsure whether UFHA is responsible. Unless the parties come to a settlement outside of court, the case will go to trial on Feb. 27.