Asserting a Proof of Claim in Bankruptcy 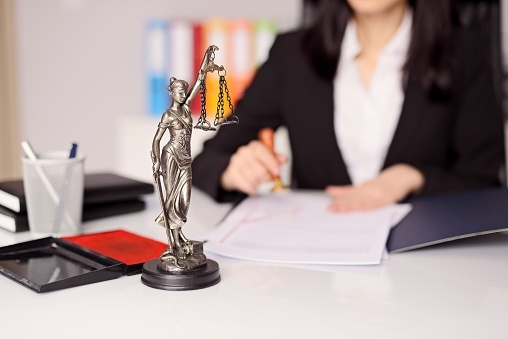 Beginning December 1, 2017, the deadline for filing a proof of claim for non-governmental creditors in Chapter 7 or Chapter 13 bankruptcy cases is 70-days, following the order for relief. The 70-day deadline is established by Rule 3002(c) of the Federal Rules of Bankruptcy Procedure, which previously set a 90-day deadline following the meeting of creditors, which is commonly called the “341 meeting”. This amendment tightens the proof of claim deadline for creditors, but also provides more certainty on a case-by-case basis with respect to the bar date. Moreover, the new amendments also provide creditors with an additional 50-days to collect related loan documents to be filed as a supplement to the proof of claim.

The deadline for filing a proof of claim is normally included with the first notice sent to creditors. This notice informs creditors that a bankruptcy petition has been filed and indicates the date set for the meeting of creditors. The notice also provides information for the last date on which a creditor may object to the debtor’s discharge.

Evidence Supporting a Proof of Claim

A proof of claim must conform with the Official Bankruptcy Form 410. A copy of the Official Form 410 can be found here.

The proof of claim should also include supporting documentation to demonstrate the validity of the amount owed. For example, our firm will generally attach the executed written agreement between the debtor and creditor, in addition to an accounting history as of the petition date. A debtor can easily object to a claim if the Official Form 410 fails to attach supporting documents. Following completion of the proof of claim, the creditor should mail the completed form to the bankruptcy court for filing.

Objecting to a Proof of Claim

It is common that the debtor, trustee, or another interested party will object to a creditor’s proof of claim. That is why it is imperative that the filing creditor submits accurate and supporting documentation evidencing the correct amount owed.

Common errors by creditors include: stating the incorrect amount owed as of the petition date, incorrectly classifying the proof of claim as a secured or priority unsecured claim, failing to attach supporting documentation, or the creditor filing more than one claim. The party objecting must file a written objection with the bankruptcy court and serve a copy on the creditor, the debtor, and the trustee at least 30 days before the scheduled hearing.

Authentication of a valid claim is a shifting burden of proof. As previously stated, the filing of a proof of claim is prima facie evidence of a valid claim. The objecting party then maintains the burden of presenting sufficient evidence that the claim should not be allowed. If the objecting party provides sufficient evidence, then the burden of proof shifts back to the creditor to prove the validity of their claim. This description can be summarized by Third Circuit case law, stating:

A properly filed proof of claim is deemed allowed unless a party in interest objects. If an objection is filed to a proof of claim, the burden of proof may shift. The Court of Appeals has concisely summarized the shifting burden as follows: “[A] claim that alleges facts sufficient to support a legal liability to the claimant satisfies the claimant's initial obligation to go forward. The burden of going forward then shifts to the objector to produce evidence sufficient to negate the prima facie validity of the filed claim. It is often said that the objector must produce evidence which, if believed, would refute one of the allegations that is essential to the claimant's legal sufficiency. If the objector produces sufficient evidence to negate one or more of the sworn facts in the Proof of Claim, the burden reverts to the claimant to prove the validity of the claim by a preponderance of the evidence.”

Accordingly, it’s important to follow these guidelines if you are seeking to assert a claim against a debtor’s bankruptcy estate. If you are a creditor in a bankruptcy case, and need to properly file a proof of claim, please contact one of our experienced bankruptcy attorneys for a free consultation.