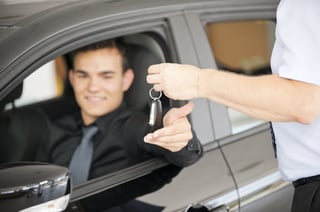 Turnover of Car Even After Repo

Under 11 U.S.C. §542(a), if a repossed car is in the possession of a creditor after a repo, the debtor may compel the creditor to return possession of the property. Section 541(a)(1) of the Bankruptcy Code sets forth that at the commencement of a case under any chapter creates the bankruptcy estate, and that estate of the debtor includes "all legal and equitable interests of the debtor in property, wherever located or by whomever held, as of the commencement of the case," with the exception of the provisions contained in §541(b) and (c)(2).

The United States Supreme Court has expressly recognized that the scope of §541(a)(1) is broad and that it includes in the estate of the debtor any property made available to the estate by other provisions of the Bankruptcy Code. United States v. Whiting Pools, 103 S.Ct. 2309, at 2313 (1983). In that case, the Supreme Court found that property of a bankruptcy estate includes collateral that has been repossessed pre-petition. Stated simply, the holding stands for the proposition that if a repossessed car is in the hands of the creditor when the petition is filed, the person filing bankruptcy can still get it back.

The Supreme Court noted specifically that §542(a) of the Bankruptcy Code is a provision that brings property into the bankruptcy estate that was not in the possession of the debtor at the time the bankruptcy proceeding was commenced. The court concluded that §542(a) does not require that the debtor hold a possessory interest in the property at the commencement of the reorganization proceedings. Id. at 2314.

It is advisable, however, that if a car is repossessed prior to the filing that the bankruptcy case be filed before the creditor disposes or auctions the car off. All state laws are different in this respect, but most are governed by the Uniform Commercial Code (UCC). Under the UCC a debtor generally has a right of redemption prior to the time the creditor disposes of the collateral. Thus, even when the car is repossessed, the debtor still vested property rights in the vehicle and the car would constitute property of the debtor's estate.

Please do not hesitate to contact one of our New Jersey bankruptcy attorneys with offices located in Wayne, Hoboken, Hackensack & Newark, New Jersey for a consultation. We represent debtors throughout the Courts in New Jersey.