Can a Creditor Obtain a Previously Transferred Asset? 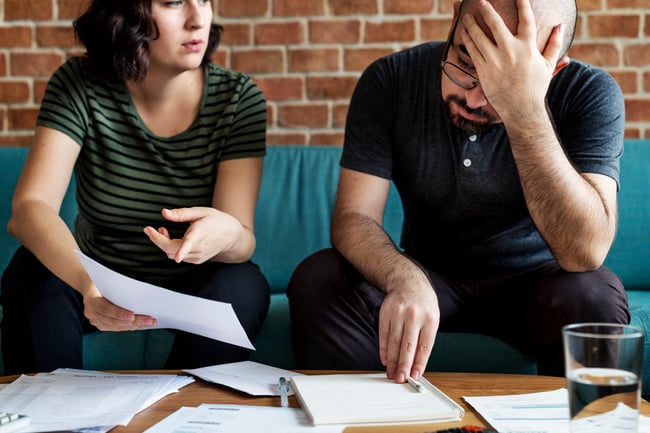 Like many jurisdictions, New Jersey has enacted laws that prohibit the transfer of assets intended to avoid the reach of creditors. In New Jersey, this law is known as the New Jersey Uniform Fraudulent Transfer Act (“NJUFTA”). The purpose of the NJUFTA “is to prevent a debtor from placing his or her property beyond a creditor’s reach” and from “deliberately cheat[ing] a creditor by removing his property from the “jaws of execution.”

The NJUFTA defines two categories in which a court could determine that an asset was fraudulently transferred. The first is whether the debtor that transferred the asset had actual intent to “hinder, delay, or defraud” a creditor, which is codified in N.J.S.A. 25:2-25. The second concerns those transfers made when the debtor did not receive reasonably equivalent value in exchange and the debtor was engaged or was about to engage in a business or a transaction for which the remaining assets of the debtor were unreasonably small in relation to the business or transaction; or intended to incur, or believed or reasonably should have believed that the debtor would incur, debts beyond the debtor’s ability to pay as they become due.

In determining whether a transfer constitutes a fraudulent conveyance, there are two relevant inquiries. The first is “whether the debtor [or person making the conveyance] has put some asset beyond the reach of creditors which would have been available to them” at some point in time “but for the conveyance.” The second is whether the debtor transferred property with an intent to defraud, delay, or hinder the creditor. Transfers calculated to hinder, delay, or defeat collection of a known debt are deemed fraudulent because of the debtor's intent to withdraw the assets from the reach of process. Both inquiries involve fact-specific determinations that must be resolved on a case-by-case basis. The person seeking to set aside the conveyance bears the burden of proving actual intent

Under N.J.S.A. 25:2-26, courts will typically consider the “badges of fraud” to determine whether the transfer should be considered to be fraudulent. Jecker v. Hidden Valley, Inc., 422 N.J. Super. 155, 164 (App. Div. 2011)(“In determining whether the circumstances of a particular transaction give rise to the conclusion that the transferor intended to thwart or evade creditors, courts generally look to factors commonly referred to as badges of fraud. Badges of fraud represent circumstances that so frequently accompany fraudulent transfers that their presence gives rise to an inference of intent.”).

N.J.S.A. 25-2-26. “In determining actual intent to defraud, courts should balance the factors enumerated in N.J.S.A. 25:2–26, as well as any other factors relevant to the transaction.” Gilchinsky, 159 N.J. at 477. “Actual intent often must be established through inferential reasoning, deduced from the circumstances surrounding the allegedly fraudulent act.” Id.

Some of the most common fraudulent transfers include real estate transfers for no money, shutting down a financially distressed business and transferring the assets to a new company with the same owners, and checks made payable to friends and family.

If a creditor is successful in demonstrating the creditor’s asset was a fraudulent transfer within the meaning of the NJUFTA, the creditor’s remedies include, (1) avoidance of the transfer; (2) invocation of a provisional remedy; (3) an injunction against further disposition of the asset or of other property; (4) appointment of a receiver to take charge of the asset transferred or of other property of the transferee; or (5) any other relief the circumstances may require. However, there are several defenses afforded to defendants and transferees, including whether the transferee took the asset in good faith and provided reasonably equivalent value. N.J.S.A. 252-30.

Have a Fraudulent Transfer Claim?

If you are a creditor trying to collect a debt and believe that the debtor may have transferred a valuable asset fraudulently, then please call our firm for a free consultation to speak with an experienced attorney. Likewise, our firm has had experience defending fraudulent transfer claims against creditors.