Does a Mortgage Modification Trial Period Establish a Valid Contract? 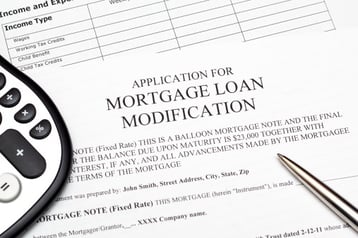 The homeowner made the $32,543 in payments and then the loan was transferred from Seneca to Ocwen. Ocwen initially refused to honor the prior modification offered by Seneca, but then advised they would reconsider as long as the borrower could show she complied with the terms of the trial period originally offered by Seneca.

Sued for Breach of Contract

When the homeowner proved to Ocwen that she had complied, Ocwen then transferred the loan to Fay Servicing. Fay Servicing required the homeowner to re-do the trial period of a down payment and six monthly payments before they would consider her for a permanent modification. The homeowner then sued Seneca, Ocwen, Fay Servicing and the underlying mortgage holder in January 2016. Under claims of breach of contract, Fair Debt Collection Practices Act, Real Estate Settlement Procedures Act and the New Jersey Consumer Fraud Act.

Judge Wolfson then denied the defendants’ motion to dismiss the breach of contract claim, ruling that the plaintiff-homeowner properly alleged there was a contract, that the defendants breached said contract, and that damages resulted from the breach.

The homeowner originally defaulted on the mortgage because she was suffering from cancer and subsequently passed away about a month before this case was decided in the U.S District Court of New Jersey. The Judge cited cases from the Fifth and Seventh circuits who found that a trial modification agreement did not constitute a contract and cited why those circuits were incorrect in their rulings.

This recent ruling is sure to have immediate and direct impacts on our clients here in New Jersey.  If you find yourself in a similar situation, please give us a call as we will be able to assist.