How Liens can Affect a Personal Injury Case 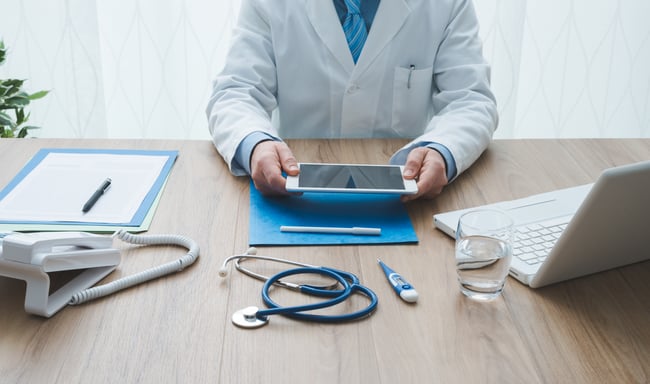 One of the more difficult issues that can evolve during a personal injury case is the assertion of liens by a healthcare insurance carrier and provider, Medicaid and Medicare, and workers’ compensation insurance carrier, or for past due child support obligations. In short, liens are a property interest held by a third-party against the financial recovery awarded for personal injurysettlement or final judgment obtained. In other words, a Plaintiff may be required to pay a portion of their settlement proceeds to a third-party for a related lien.

This can sometimes be a surprise to an injured party, because after years of litigation they believe the fight it over. However, counsel for the plaintiff may need to challenge and negotiate down a lien to ensure a larger net recovery for the injured client. This article will discuss some of the common liens that may affect the potential net recovery by a plaintiff in a personal injury case.

In the event a plaintiff settles a personal injury action and has child support obligations, then it incumbent on the plaintiff or his/her attorney to contact the New Jersey state probation departments to determine the correct amount owed.

If the injured parties medical care is provided for or paid by a State administered benefit program, then it is important to immediately tell your attorney concerning the receipt of those benefits. In New Jersey, the right of Medicaid to be paid back for medical services is codified by statute. The Medicare Secondary Payer Act provides that Medicare need not fund care for which a third-party is liability. Notwithstanding, Medicare typically covers medical treatment where a third party is responsible for injuries and liability is not clear. The Medicaid lien only applied to payment made from the date of injury to the date of settlement, since these are the only expenses which the third-party is liable for reimbursement.

It is important that when receiving a Medicare lien on a personal injury action that counsel for the injured party thoroughly review the claims. Medicaid has no right to recover monies that was spent for treatment unrelated to the accident. For example, if the plaintiff had neck injuries from the accident and received treatment, but also received a flu shot prior to the settlement, then Medicaid cannot recover monies for the flu shot.

Medicare liens exist as a result of federal legislation enacted approximately 50 years ago. Generally, an individual can only obtain Medicare coverage due to age or disability. Medicare has the statutory right to recover dollar for dollar related to medical expenses it paid. However, it must be related to the injuries sustained. An individual cannot ignore Medicare reimbursement, because the federal statute permits recovery from third parties that received payment, including the beneficiary, provider, physician, and attorney.

As stated by the Center of Medicare & Medicaid Services:

By law, 42 U.S.C. §1395y(b)(2) and § 1862(b)(2)(A)/Section and § 1862(b)(2)(A)(ii) of the Social Security Act, Medicare may not pay for a beneficiary's medical expenses when payment “has been made or can reasonably be expected to be made under a workers’ compensation plan, an automobile or liability insurance policy or plan (including a self-insured plan), or under no-fault insurance.” If responsibility for the medical expenses incurred is in dispute and other insurance will not pay promptly, the provider, physician, or other supplier may bill Medicare as the primary payer. If the item or service is reimbursable under Medicare rules, Medicare may pay conditionally, subject to later recovery if there is a subsequent settlement, judgment, award, or other payment. In situations such as this, the beneficiary may choose to hire an attorney to help them recover damages. Please note that CMS’ Medicare Secondary Payer (MSP) recovery claim (under its direct right of recovery as well as its subrogation right) has sometimes been referred to as a Medicare “lien”, but the proper term is Medicare or MSP “recovery claim.” Pursuant to 42 U.S.C. 1395y(b)(2(B)(ii)/Section 1862(b)(2)(B)(ii) of the Act) and 42 C.F.R. 411.24(e) & (g), CMS may recover from a primary plan or any entity, including a beneficiary, provider, supplier, physician, attorney, state agency or private insurer that has received a primary payment.

Generally,Scura, Wigfield, Heyer, Stevens and Cammarotahas been successful in negotiating a reduced Medicare lien, which yields a great net recovery to our clients.

ERISA is a federal law that controls employee benefit plans. These plans are either self-insured or insured. When an injured party received health insurance benefits under an ERISA plan, the plan’s administrator will assert an ERISA lien against the settlement or judgment proceeds. In general, the Courts have interpreted the laws to mean that self-funded plans are entitled to asserting a valid lien.

When discussing an ERISA lien, there are two primary cases that control in New Jersey. The first is US Airways, Inc. McCuthen et al., which was decided by the United States Supreme Court in April 2013. In this case, the plaintiff was injured in an automobile accident. McCuthen was an employee of US Airways, which under its ERISA insurance plan paid over $60,000.00 in medical bills. The plaintiff was able to recovery $110,000 from the third party, but after legal costs, it left the plaintiff with a net recovery of $66,000.00. As a result of the net recovery, US Airways sought to recovery reimbursement from the plaintiff for medical expenses, which would leave McCuthen with almost no recovery for his injuries.

The plaintiff raised several equitable defenses under the principals of unjust enrichment, including a double recovery argument and the common fund doctrine. The Court held that the plain language of agreement is controlling with respect to the medical lien. The plan in this case stated:

If [US Airways] pays benefits for any claim you incur as a result of negligence, willful misconduct, or other actions of a third party…[y]ou will be required to reimburse [US Airways] for amounts paid for claims out of any monies recovered from [the] third party, including, but not limited to, your own insurance company as the result of judgment, settlement, or otherwise.

The United States Supreme Court found that the plan language makes no exception to allow for the reduction of the lien under section 502(a)(3) of ERISA. However, the Court also held that if the plan reimbursement provision is silent concerning allocation of attorneys’ fees, the equitable common fund doctrine could be applied to force a plan to share attorney’s fees and thus reducing the plan’s recovery.

In non-ERISA cases, the New Jersey Supreme Court case Perreira v. Rediger et al, decided in June 2001 is controlling. In this case, an insurance company sought reimbursement of medical expenses from a third-party settlement following a slip and fall accident at a bank. The Supreme Court held that there is no equitable right to recoup payment through common law or subrogation available to the insurer. In reaching the holding, the Court relied on New Jersey’s collateral source rule, N.J.S.A. 2A:15-97, which bars a double recovery by directing the court to deduct from tort judgments the amount received by plaintiff from collateral sources. As a result, if a tort case is settled, and the settlement agreement does not provide a portion of the settlement proceeds are for medical expenses, then a non-ERISA insurance company cannot seek reimbursement for medical costs.

If you have been injured in an accident, its important to find an personal injury attorney that has experience dealing with liens. Please call our firm for a free consultation.