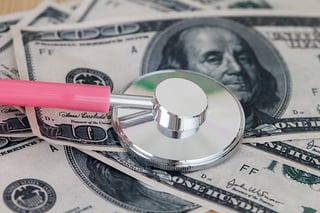 It's been nearly a year and a half since federal health insurance reform passed. But it doesn't take full effect until next year. And in the meantime, medical bills continue to be a major factor in the decision to file for bankruptcy.

In fact, the role of medical debt in bankruptcy is actually increasing. The percentage of people who identify healthcare debt as the main reason for seeking bankruptcy protection is now at 20 percent, according to a recent analysis by CredAbility, a nonprofit agency that does credit counseling. Only two years ago, that figure was only 12 to 13 percent.

The culprit seems to be the tough economy. In the wake of Great Recession, many people have lost not only their jobs, but also the health coverage that that they had with their jobs. Even people with jobs are feeling the pressure more acutely, as premiums and deductibles creep ever higher.

These economic problems are made even worse by the way people tend to handle medical debt. Instead of working out agreements with healthcare providers, people often take out new credit cards in order to pay the provider. That can come back to haunt people, as the interest on those cards starts to escalate.

The power of compound interest is unquestionable. But you want to have it working for you, not against you. Unfortunately, with credit cards, failure to pay principal just keeps racking up the interest, which keeps compounding month after month.

Another aspect of job loss is the possibility of continuing your insurance coverage through the COBRA program. Keep in mind, however, that those premiums can be very very high. If you put them on a credit card unthinkingly, COBRA will come back to bite you.

To get help from our personal bankruptcy attorneys, contact us for a free bankruptcy consultation.