The worst has happened. You’re driving your vehicle on the open road, eyes ahead. You are obeying every rule of the road, doing everything right. Then, something strikes your vehicle. Maybe a truck plowed through your passenger door, crunching seat into metal shards. Perhaps a car cut short – too fast for you to swerve out of the way – and you strike it head-on, folding your engine through your steering wheel. Your fingers have fragmented down to the knuckles, your skin is shredded as shards carve jagged gashes, and your passengers lay concussed next to you from heavy trauma to the skull.

Whatever the case, you’re now in a situation where you’ve been injured in a car accident. This might mean you’re entitled to money to cover the harms and losses resulting from the accident and negligence of the other driver. If you think you can receive money or disprove someone else’s claim that you owe them money, photographic evidence of the scene can truly help level the legal playing field in your favor. 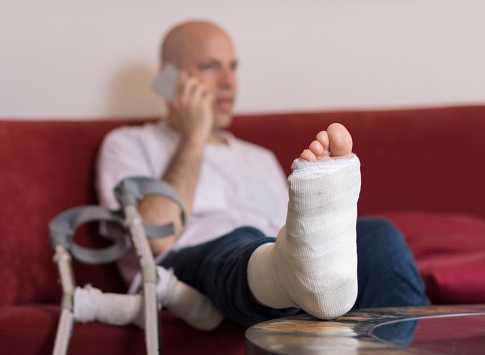 In the state of New Jersey, personal damages are awarded based on economic loss and non-economic loss. Non-economic loss is usually a calculation made on several factors, including the number of expected hours a person has left to live, the pain and suffering they have had to endure, the limitations on their lifestyle, the personal harms and losses they have suffered, and how many of those hours might be spent experiencing pain. Economic damages, however, are ones that have a direct monetary value, such as loss of income, medical bills, repairs, or property lost.

In a vehicle accident, the economic damages are usually easy to determine. Damaged vehicle, repair bills, hospital bills to follow, loss wages – all of these equate to economic damages that are straight forward to calculate. Non-economic damages can be the time spent recovering, overcoming the trauma of the event, and that amount of reasonable compensation to put you in the same position, as much as money can do so, as before the accident.

In all cases, the person who is at fault for the accident becomes responsible for the damages. The difficult aspect of any personal injuries case is proving one person is responsible for all the resulting damages and needs to pay for them. What photographic evidence can do is further support an argument that one parties owes the other money. But how can photographs help?

Video Footage of the Accident Itself

Undeniably, the best evidence to use in court is footage of the accident occurring in real time. This footage would depict the events of the incident as they occurred. Footage filmed by an observer, such as security footage, a bystander’s cell phone footage, or a dash camera from a police vehicle would be more beneficial in court because it would depict the events as they occurred from a remote perspective. However, footage filmed from inside the vehicles would still be usable, especially if it depicts one party at fault over the other.

However, one factor worth considering for first-person footage is how that footage was filmed. If a passenger recorded footage of the collision or you recorded the footage from a built-in camera on your car or vehicle like a police cam, that evidence would not indicate negligence on the driver’s part. However, if you were holding a camera or phone while operating a vehicle, that might indicate that you were distracted behind the wheel. This might work against you rather than for you, since it indicates that you were not fully responsible operating the vehicle or your responsibilities as a driver were impaired in some way.

Photographs taken that show the lead-up to an accident can be useful in the court of law. If the photographs can show who is at fault for the accident, that can be used to determine who is entitled to damages. Photographs can show if one vehicle broke traffic laws or if a driver was distracted while behind a vehicle. It can also show if the victim of the accident behaved irresponsibly, which contributed to the accident occurring. This could be instrumental in altering the trajectory of the case.

Footage or Photos After the Wreck 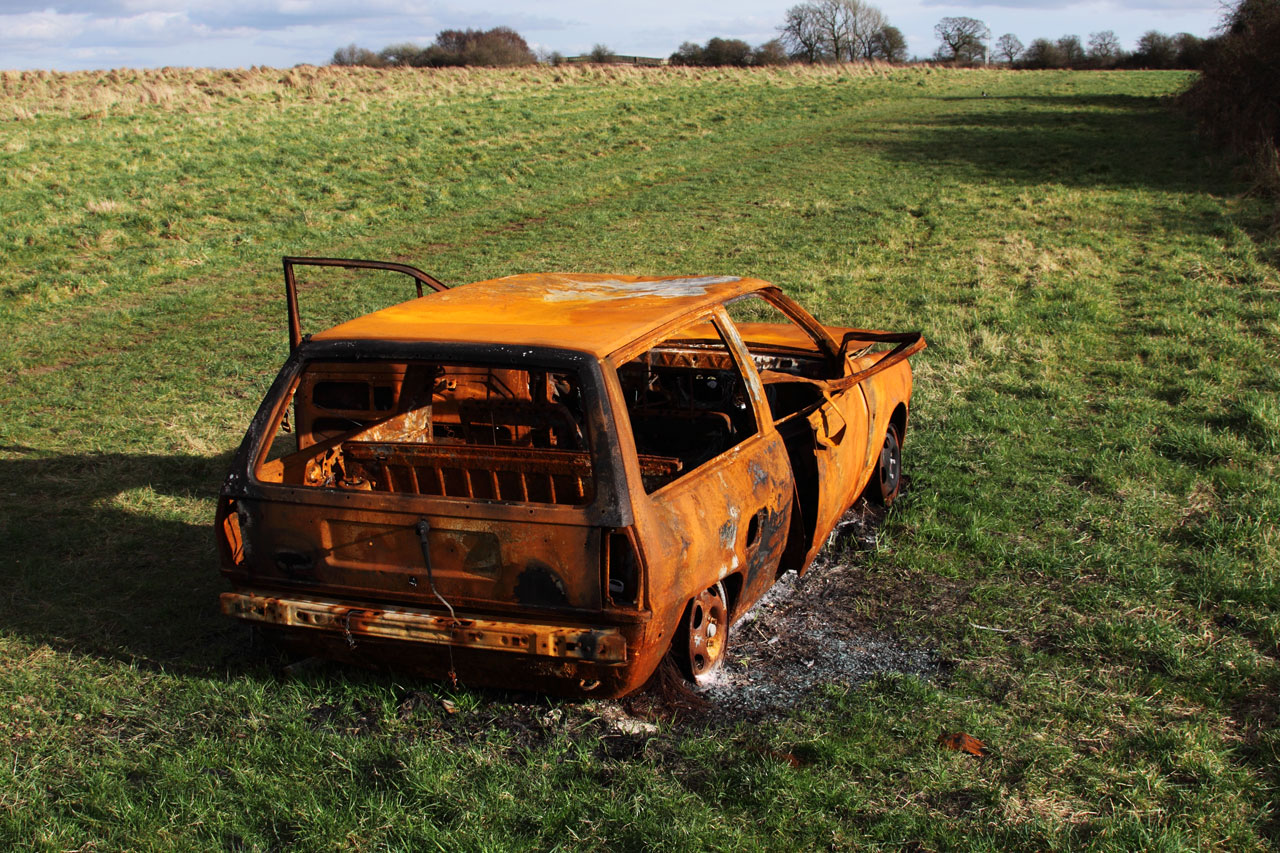 Not all footage needs to be of the wreckage itself. Sometimes it’s all but impossible to find any footage leading up to the accident. Regardless, this is not the end of the world. Far from it: you can still take photos of the damaged vehicles or injuries resulting from a car accident, as well as additional meaningful details that might better help your case should you take it to court.

Photographs can reveal the extent of damages done to another vehicle. If a car crashed into building or person, photographs of damaged property or physical injuries can be used to validate one party’s request for damages. If two cars crashed, then physical damage to the vehicles, accompanied by observations by a qualified mechanic or automotive engineer, can further substantiate how much damage was done by the accident, who was at fault, and how much that equates to monetary compensation.

However, some accidents cause little car property damage but a great deal of physical damage to the person. A car crash might not damage your car, but the driver might receive whiplash. In a case like this, photographs would be all but useless in proving your case. In this sense, it’s important to remember that photographs are not the be-all, end-all piece of evidence needed to prove one party responsible for personal injuries. It is just one element in the greater web of factors that courts need to consider.

A Lack of Photographic Evidence

Sometimes, however, there are no photos. None were taken at the scene nor taken afterwards. Perhaps your camera was crushed or smashed in the accident. Perhaps you left the accident in such a state of shock you didn’t think to photograph the scene. Perhaps the person responsible for the crash instead took photographs to use against you, and now you’re forced to defend yourself from someone else’s evidence.

While it might appear initially that a lack of photographic evidence puts you at a severe disadvantage proving your case, this may not be the case. Photographic evidence is just one component of a person’s legal argument in a personal injuries case. If you lack one form of evidence, fall back on different evidence.

As mentioned before, some injuries, such as whiplash or internal bleeding, cannot be easily documented through photographs you can take with your phone. While x-ray scans and other medical documentation can validate or provide evidence for physical injuries, camera footage taken from a low-resolution cell phone camera probably can’t relay the general damage done by the injury. Medical documents might not also be able to prove that the injuries were incurred during the accident in-question, either. It’s up to the court to weigh the evidence and statements made by experts.

Be Smart with What Photos You Use

However, photographic evidence that does not directly correlate to the rest of your body of evidence might be deemed as useless or unimportant. Do not waste the time of the court with photos that do not directly prove or substantiate your ideas or case.

One creative use of photographic evidence is to counter and deconstruct an opposing legal argument. Say you are the defendant in a personal injuries case, and the plaintiff claims you hit his car from the right. The plaintiff might even provide evidence that there is a dent on the right-side of his car. However, photographic evidence shows the impact occurred on the left side. This evidence could prove that might have either faked/exaggerated the damages to the left side of his car or he has gotten into multiple accidents over his years of driving. Both serve to deconstruct his argument while placing you in a firmer legal standing.

In addition, photographs that are doctored or altered in some way will almost certainly be spotted as artificial pieces of evidence. Presenting forged evidence is illegal. Don’t do this.

The Model Jury Charge on use of Photographic Evidence for use in automobile cases illustrates these points above. That charge provides:

A number of photographs of one or more of the vehicles involved in the accident have been introduced into evidence. These photographs show the damage or depict the condition of the vehicles after the impact. As judges of the facts, you may attribute such weight to the photographs as you deem appropriate taking into consideration all of the other evidence in this case.
In some accidents resulting in extensive vehicle damage, the occupants may suffer minor injuries or no injuries at all. In other accidents where there is no or little apparent vehicle damage, the occupants may suffer serious injuries. In reaching your decision in this matter, you are to give the photographs whatever weight you deem appropriate. They are but one factor to be considered, along with all other evidence, in determining whether the plaintiff sustained injuries as a result of the accident.

A. Lack of Photographic Evidence

In this case, you have heard testimony regarding the damage to the motor vehicle(s) involved in the accident. The testimony discussed the damage or explained the condition of the vehicle(s) after the impact. (Where applicable: You also heard testimony about the lack of damage to the vehicle(s) from the impact.) As judges of the facts, you may attribute such weight to the testimony about the damage (or lack of damage) to the motor vehicles as you deem appropriate taking into consideration all of the other evidence in this case.

In some accidents resulting in extensive vehicle damage, the occupants may suffer minor injuries or no injuries at all. In other accidents where there is no or little apparent vehicle damage, the occupants may suffer serious injuries. In reaching your decision in this matter, you are to give the testimony as to the vehicle damage whatever weight you deem appropriate. The testimony is but one factor to be considered, along with all other evidence, in determining whether the plaintiff sustained injuries as a result of the accident.

With all potential injuries that can be incurred in the world, it’s vital that if you pursue legal action you have a lawyer who can defend you in court. You need a lawyer with years of experience to help you traverse the legal system successfully. The attorneys at Scura, Wigfield, Heyer, Stevens & Cammarota LLP can help. Please call our offices to schedule a free consultation and hear your options.