The Intersection of Bankruptcy and Homeowner’s Association Dues 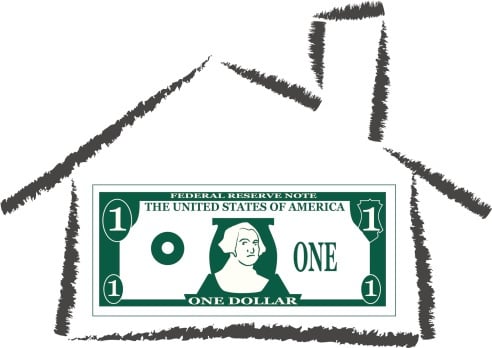 If you find yourself behind on assessments or monthly dues owed to a condominium or homeowner’s association, then you are not alone[1]. Bankruptcy is a route that can help you to deal with these debts, but it is important to be aware of the limitations of the bankruptcy discharge on these types of debts. 11 U.S.C. § 523 (a)(16) states that

a discharge under section 727, 1141, 1228(a), 1228(b), or 1328(b) of this title does not discharge an individual debtor from any debt-(16) for a fee or assessment that becomes due and payable after the order for relief to a membership association with respect to the debtor’s interest in a unit that has condominium ownership, in a share of a cooperative corporation, or a lot in a homeowners association, for as long as the debtor or trustee has a legal equitable, or possessory ownership interest in such unit, such corporation, or such lot, but nothing in this paragraph shall except from discharge the debt of a debtor for a membership association fee or assessment for a period arising before entry of the order for relief in a pending or subsequent bankruptcy case.

11 U.S.C. § 523(a)(16) requires only that the assessment come due and payable post-petition, not that the debt arise post-petition. In re Barr, 457 B.R. 733, 737 (Bankr. N.D. Ill 2011). The obligation to pay condominium assessments or homeowner’s association dues arise when the real estate is purchased but the debt reoccurs every month in most circumstances. Thus, although assessments and dues that were due prior to the filing of bankruptcy are dischargeable, those assessments and dues that come due again post-petition are not dischargeable in a chapter 7 bankruptcy.

subject to subsection (d), as soon as practicable after completion by the debtor of all payments under the plan, and in the case of a debtor who is required by a judicial or administrative order, or by statute, to pay a domestic support obligation, after such debtor certifies that all amounts payable under such order or such statute that are due on or before the date of the certification (including amounts due before the petition was filed, but only to the extent provided for by the plan) have been paid, unless the court approves a written waiver of discharge executed by the debtor after the order for relief under this chapter, the court shall grant the debtor a discharge of all debts provided for by the plan or disallowed under section 502 of this title, except any debt-(2) of the kind specified in section 507(a)(8)(c) or in paragraph (1)(B), (1)(C), (2), (3), (4), (5), (8), or (9) of section 523(a).

As it pertains to an individual chapter 11 bankruptcy, nothing specifically suggests that post-petition liability for condominium association assessments are terminated either by stay relief or by confirmation of a plan. In re Burgueno, 451 B.R. 1, 3 (D. Arizona 2011).

The post-petition, pre-confirmation fees are also administrative expenses that should be governed by the plan because § 1129(a)(9)(A) requires that they be paid in full on the effective date…And if for whatever reason the estate does not actually pay such administrative claims in full on the effective date, Code § 1141(d)(2) makes clear that individual Chapter 11 debtors are not discharged from any debts that are excepted from discharge under § 523.

In re Burgueno, 451 B.R. 1, 3 (D. Arizona 2011). Therefore, post-petition assessments owed to condominium associations are not dischargeable in an individual chapter 11 bankruptcy case.

It is important to note that courts have found that surrender of property pursuant to 11 U.S.C. § 521(a)(2)(B) relinquishes only possessory interest in property. In re Ames, 447 B.R. 680, 683 (Bankr. D. Mass. 2011). However, 11 U.S.C. § 523(a)(16) states that if a debtor retains either a legal or equitable ownership interest in a condo unit any post-petition fees remain non-dischargeable. Id. Thus, surrender under 11 U.S.C. §521(a)(2) does not alter status as title holder and post-petition fees and assessment while debtor is record holder remain non-dischargeable. Id. Further, the court in In re Ames found and held that

the debtor stated the intent to surrender the condominium unit in accordance with §521(a)(2)(A) and has acted on that intent in accordance with §521(a)(2)(B) does not alter his status as the title holder of the unit and thus post-petition condominium fees and assessments arising while he remains the record owner of the unit are not dischargeable under §523(a)(16).

Thus, even when a debtor has stated an intention to surrender property and has acted in accordance with that intention, all condominium association fees assessed that became due and payable after the bankruptcy petition date are non-dischargeable in a chapter 13 bankruptcy. Accordingly, if you are planning on surrendering a real estate which is part of a condo or homeowner’s association, the timing of the filing is an important consideration.

Let an experienced attorney guide you through these issues in order to obtain the best possible outcome. Learn more by clicking below. 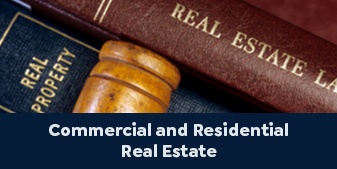 [1] Condominium association assessments and homeowner association dues are treated the same for purposes of this issue.