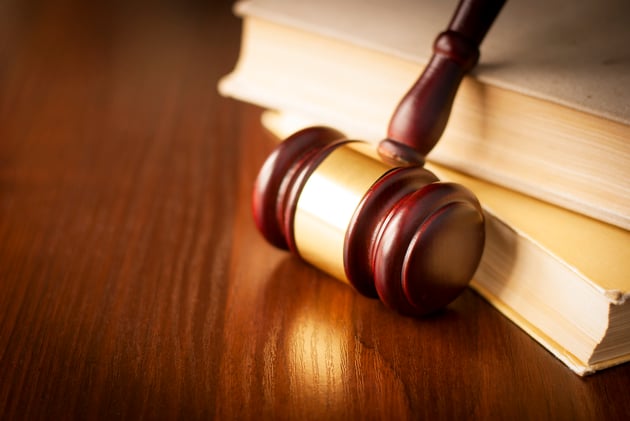 The New Jersey Consumer Fraud Act (“NJCFA”) is generally regarded as one of the strongest consumer protection laws in the United States.

Additionally, because of New Jersey Courts liberally construing the provisions of the NJCFA, it is also regarded as one of the most consumer friendly consumer protection laws. Lisa J. Trembly & Michael F. Bevacqua, Back to the Future With the Consumer Fraud Act: New Jersey Sets the Standard for Consumer Protection, 29 Seton Hall Legis. J. 193 (2004).

Under the NJCFA consumers are protected from any:

unconscionable commercial practice, deception, fraud, false pretense, false promise, misrepresentation, or the knowing, concealment, suppression, or omission of any material fact with the intent that others rely upon such concealment, suppression or omission, in connection with the sale or advertisement of any merchandise or real estate, or with the subsequent performance of such person as aforesaid, whether or not any person has in fact been misled, deceived or damaged thereby . . . .

Under the NJCFA provisions, there are three categories of unlawful practices: 1) affirmative acts; 2) knowing omissions; and 3) regulatory violations as found in § 56:8-4. Cox v. Sears Roebuck & Co., 138 N.J. 2, 17 (1994). If the alleged act is considered an affirmative act, there is no requirement that the individual committing any of the aforementioned prohibited acts must commit it with intent to commit the actual act. Id. What this means is that regardless of the violator’s intent, if their actions fall under one of the prohibited practices, then they will be held strictly liable. However, if the unlawful practice is regarded as an omission, “the plaintiff must show that the defendant acted with knowledge, and intent is an essential element of the fraud.” Id.

One of the reasons that the NJCFA is regarded as one of the most consumer friendly consumer protection laws in the county is because of the provision allowing for trebled damages. New Jersey Consumer Fraud Act, § 56:8-19. Under this provision, in addition to any appropriate legal or equitable relief, reasonable attorneys’ fees, filing fees, and reasonable costs of suit, the damages sustained by the damaged individual are awarded threefold. New Jersey Consumer Fraud Act, § 56:8-19.

Who Can Bring a Claim under the NJCFA

While the name of the NJCFA may imply that only consumers may bring suit, the applicable provisions of the NJCFA allow virtually any individual or business entity to bring an action. Under the NJCFA:

[a]ny person who suffers any ascertainable loss of moneys or property, real or personal, as a result of the use or employment by another person of any method, act or practice declared unlawful under this act . . . may bring an action or assert a counterclaim therefor in any court of competent jurisdiction.

Many people believe that based on the name of the NJCFA, that the Act only covers consumers who are harmed by any of the prohibited practices. However, the applicability of the NJCFA is much broader than its name implies. As mentioned above within the statutory definition of “person,” the NJCFA allows any type of business entity or association to fall under the category of “person.” Therefore, when § 56:8-19 is read in conjunction with § 56:8-1, any business entity or association who suffers an ascertainable loss may bring an action under the NJCFA.

The reasoning behind allowing a business entity to allege violation of the NJCFA is that, “even the most world-wise business entity can be inexperienced and uninformed in a given consumer transaction. Unlawful practices thus can victimize business entities as well as individual consumers.” Princeton Healthcare System v. Netsmart New York, Inc., 422 N.J. Super. 467 (App. Div. 2011). Additionally, since a business entity falls under the statutory definition of a “person” in § 56:8-1, courts have reasoned that there, “is no sound reason to deny it the protection of the Act.” Hundred East Credit Corp. v. Eric Shuster Corp., 212 N.J. Super. 350 (App. Div. 1986).

The Court in Princeton Healthcare System determined that a contract entered into for the installation and implementation of a complex computer system did not constitute a simple purchase of computer software sold to the public at large. Princeton Healthcare System, 422 N.J. Super. 467. In coming to this conclusion, the Court reasoned that it, “is the character of the transaction, not the identity of the purchaser, which determines whether the CFA is applicable.” Id. at 473. In other words, because the computer software was a specialized software that is not generally available to the public for purchase, it is not considered a sale of merchandise and is therefore not covered under the NJCFA.

As mentioned above, aside from the limitation regarding the character of the transaction involved, the only other requirement for either an individual or a business entity to bring a suit under the NJCFA is found in § 56:8-19. This provides that any person (including business entities under the applicable definition) must have suffered an ascertainable loss from the unlawful practices prohibited by the NJCFA. L.J. Zucca, Inc. v. Allen Bros. Wholesale Distributors Inc., 434 N.J. Super. 60 (App. Div. 2014). New Jersey Courts have interpreted the term “ascertainable loss” broadly as to include any loss that is attributable to unlawful conduct under the NJCFA which is quantifiable or measurable, including simply receiving less than what was promised. Block v. Seneca Mortgage Servicing, 221 F. Supp. 3d 559 (D.N.J. 2016); see also Mickens v. Ford Motor Co., 900 F. Supp. 2d 427 (D.N.J. 2012).

Your Business’s Options to Bring a Claim Under the NJCFA

If you find yourself in a situation where you or your business has been the victim of one the unlawful practices mentioned within the NJCFA, you may be entitled to relief and trebled damages. If you have questions regarding obtaining relief and filing a claim alleging NJCFA violations, call the NJ law firm of Scura, Wigfield, Heyer, Stevens & Cammarota, LLP for a free consultation.