If you See Something Traumatic, Can You Sue for Emotional Damages?

Trauma doesn’t come with a price tag. If your car gets broken in, there’s monetary value to how much a new window or door may cost. If your leg breaks, therapy and hospitals will give you a fee for their services to help you heal. However, when it comes to witnessing something horrible, it’s far harder to find an economic value on your experiences.

If you see a person fall off their roof and impale themselves on a fence through the throat, can you sue for personal damages? What about if you see someone break in and hurt your loved one? Can you sue the burglar for inflicting personal damages upon you for the trauma of their attack? It’s harder to find monetary value on emotional damages, but in some circumstances, you can sue for emotional trauma.

In order to prove this, you must prove in court several things. The first of which is if the defendant of your case acted either with intention or reckless abandon or negligently cause the harm. Did the perpetrator lash out with the intention of hurting you or did they exercise such negligence that they did not care who they hurt, so long as they reached their goal? A good distinction here would be, in the event of a car crash, did the defendant plow their vehicle into a passing pedestrian, did they just speed through a light and hit them, or did they have the right of way, move, only for the pedestrian to walk in the trajectory of the vehicle without looking. This distinction will establish if the defendant acted with malice, didn’t exercise caution, or if the events you witnessed were entirely an accident.

The next factor is how outrageous the action is. How outrageous? To quote the Model Jury Civil Charges of New Jersey:

“The conduct must be so outrageous in character and so extreme in degree as to go beyond all possible bounds of decency and to be regarded as atrocious and utterly intolerable in a civilized community. The liability clearly does not extend to mere insults, indignities, threats, annoyances, petty oppressions or other trivialities.”

For example, though it might be deliberately cruel, you’d be unable to sue your family member for emotional damages after they eat food off your plate, even if it is infuriating. However, if they ate food off your plate then threw the plate into your grandfather’s urn and shattered both, that might qualify as outrageous.

The emotional distress must be more than an average person is expected to endure. This means that simply being ashamed or humiliated isn’t enough. This experience must be traumatic in some way. The average person can recover from the shock of getting into a car accident, for example. It might be harder, though, to recover from trauma associated with being in a hit and run. 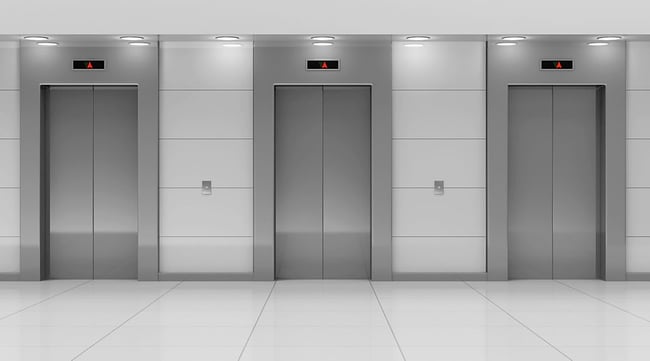 However, even if the disaster was not intentional, there is still legal precedent in the State of New Jersey for people filing lawsuits over horrible and traumatic accidents caused by negligence.

In 1976, Newark resident Renee Portee watched as her seven-year-old son was wedged inside an elevator, where she watched her child struggle and flail in agony for over an hour as authorities tried to free him. A mechanic, however, never came to the scene to help, nor did the engineers who designed the elevator offer any input on the situation. She watched him die there before they could free his body. She suffered severe depression as a result, only to later sue for emotional damages. This case created a legal precedent known as the Portee Claim, a claim established to support those who suffered emotional distress resulting from negligence.

In order to prove a Portee claim in New Jersey, Plaintiffs must prove four elements. For one, you need to prove that negligence is the cause of the disaster. Negligence on the part of the defendant must be the direct cause of the injury or death that is the subject of the claim. Whatever injury was incurred must be critical enough for the witness to recover from the sight. Even witnessing an accident might not be enough. Violence of a grotesque or brutal nature must occur.

Second, the plaintiff needs to have a special relationship with the victim. The plaintiff making the emotional distress claim must have a “marital or intimate, familial relationship” with the victim injured or killed by the negligence of the defendant. While the victim and plaintiff being related by blood or marriage would qualify them for this, they can also be close friends or neighbors. However, if you just stumbled upon a random person being crushed by a falling cinderblock, you might not qualify for a Portee Claim.

Third, the plaintiff must witness the injury or death “at the scene of the accident” – as opposed to after the event, such as when treatment occurs afterwards. However, if the Plaintiff arrived on the scene of the incident in its immediate aftermath, thus witnessing the results of the injury immediately after, they may be qualified to make a Portee claim. Using the original example, if Renee Portee witnessed her son as he was being mangled in the elevator, she’d qualify. If she witnessed her son stuck in the elevator, as she did, then she’d qualify. However, if she only witnessed the event after it happened and saw her son’s body after it was removed, she may not qualify. In this situation, it would depend on various factors and vital to have a lawyer review and research the specific fact pattern.

In the cases of both watching a deliberate crime transpire and watching a horrific accident take place, however, you will still need to argue your case in a court of law. This begs the question: how do you argue that what you saw caused you pain?

Evidence for the Trial 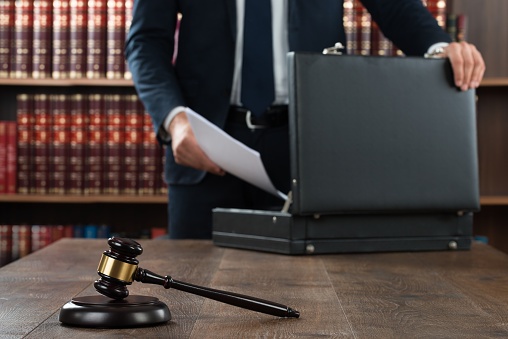 A common misunderstanding is that a plaintiff needs evidence beyond their testimony. In many cases, the testimony itself can be taken as evidence a traumatic event occurred. It is up to the court to determine if the testimony is believable or not when compounded with evidence for and against the testimony.

For example, if a person claimed to have witnessed a sexual assault on the fourteenth of November, but the defendant proves the plaintiff was in a different state from where the assault allegedly took place, then there would be reason to doubt the plaintiff’s testimony. However, in a case like that, it would be the defendant’s job to disprove the evidence the plaintiff provided, not demand the plaintiff to further substantiate their testimonial evidence.

However, it is up to the court or jury to ultimately determine what elements of the testimonial are believable enough, while also determining the exact amount of damages that equate the rough estimation of emotional pain the plaintiff has experienced. Of course, there is no perfect formula for awarding damages, so one needs to consider the following factors.

How Do you Determine Economic Damages for Emotional Trauma?

When you’ve established legally that all these qualifications apply to your case, the next step is to figure out how to calculate the damages done to you. The trick now is to determine the monetary value of your emotional trauma. All of this has to do with first calculating the economic and non-economic damages inflicted by what you experienced.

Economic damages for mental health are harder to calculate than those of physical injury. With a broken leg, you can sue for damages by calculating the medical bills accrued thanks to the injury. However, emotional trauma sometimes goes undetected or untreated, making it harder to calculate what you are owed.

On one hand, if you go to a psychologist or therapist for help, the bills accrued can be counted as economic damages. The same goes if the PTSD surrounding the incident leads to physical ailments that require medical treatment, such as psychosomatic injuries, sleeping disorders, and/or high levels of anxiety. However, on the other hand, not all people with emotional pain go for therapy. This does not mean they aren’t suffering from emotional pain, but just they haven’t spent money to cure it. The damage goes untreated.

How Do You Determine Non-Economic Damages for Emotional Trauma? 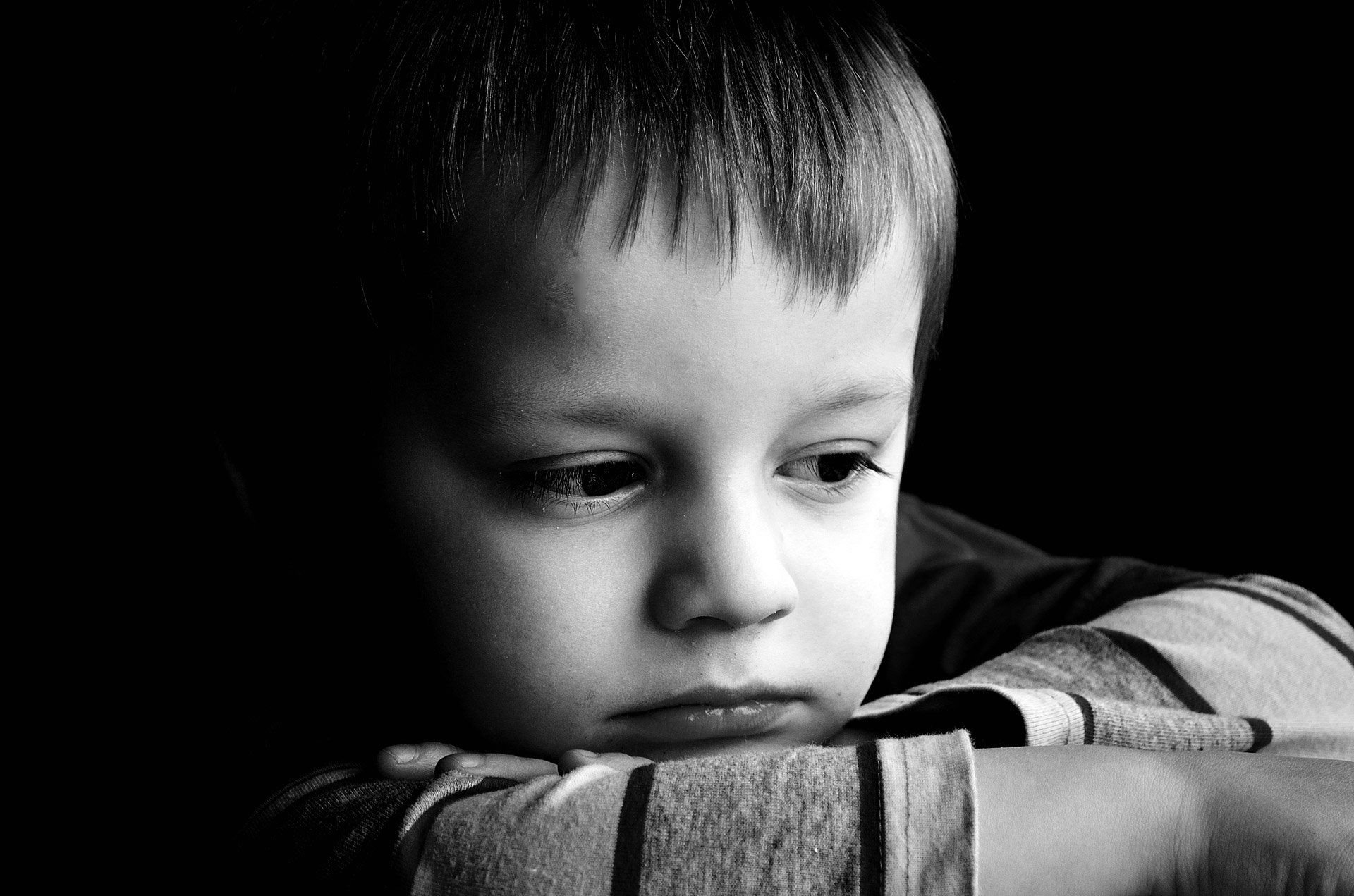 In the event of emotional pain, there are two essential factors worth considering: what problems the trauma created, and what problems result from the problems. The initial trauma usually will cause PTSD, a disorder that can take years to unravel and recover from, if ever. If the emotional trauma is compounded by some physical injury, that only makes things worse, since you also have trauma associated with the recovery process.

From there, PTSD causes even more problems that can affect a person’s quality of life. Side-effects of PTSD include but are not limited to sleeping disorders, eating disorders, chronic pain, suicidal thoughts and self-harm. Depression can also lead to alcoholism and drug abuse as a coping mechanism. All of this equates to emotional trauma.

Ultimately, the court’s decision must be one made entirely by fair deduction. The damages awarded must be determined to be fair and equal to the damage inflicted upon the person, both economic and non-economic. It is vital that the money awarded is a fair amount considering both the initial emotional trauma and the continued problems resulting from that trauma.

In order to convince the court you deserve your fair due, you will need an experienced lawyer to represent you at your personal injury suit. This is where we can help. The attorneys at Scura, Wigfield, Heyer, Stevens Cammarota, LLP, can help. Please call our offices to schedule a free consultation and hear your options.