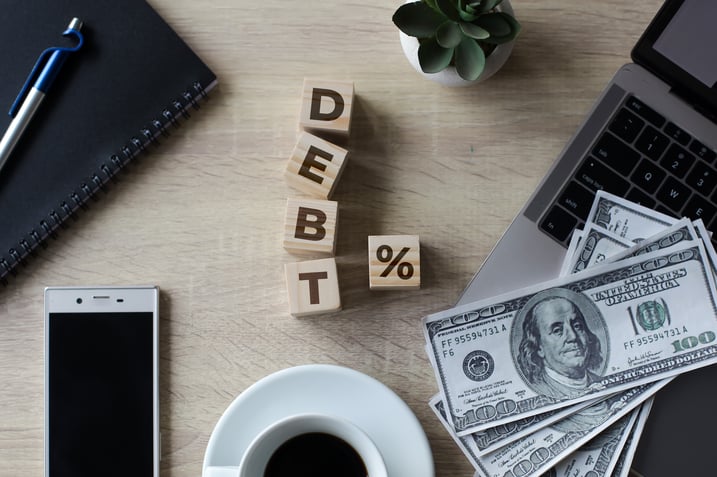 The Bankruptcy Code is a set of federal laws that affords debtors (the party that declares bankruptcy) certain protections, such as the automatic stay and debt discharge injunction. These protections are meant to hold creditors at bay while the debtor comes up with and enacts a plan to pay back some or all of their debts. Similar to the Bankruptcy Code, the Fair Debt Collection Practices Act (“FDCPA”) is a federal law. It limits what a creditor can do when attempting to collect a debt. Because of the relationship between debt collection and bankruptcy–and the fact that debt collection is often the primary cause of bankruptcy–these two federal laws often interact with and impact each other.

What Is the FDCPA?

The FDCPA is a collection of laws that prevents debt collectors from harassing consumers. Under the FDCPA, debt collectors must attempt to collect their debts fairly, without harassment, false representations, or unfair practices.

7  Common Practices Outlawed by the FDCPA

The following is a non-comprehensive list of some of the more common practices outlawed by the FDCPA:

What Should I Do If a Debt Collector Is Harassing Me?

If a debt collector is harassing you, the first step is to document all communications between you and the debt collector–the more evidence of a violation of the FDCPA, the better the likelihood of winning a case against a creditor. This does not mean that you will not owe that debt at the end of a lawsuit, but rather that the debt collector will face some punishment, including damages sustained by the debtor for the unfair collections and damages not exceeding $1,000.

How Does the FDCPA Interact with Bankruptcy?

If you are in financial trouble and cannot pay a creditor, bankruptcy may be the next-best solution for you. Filing for bankruptcy can give you a fresh start. When the bankruptcy is filed, the automatic stay goes into place. The automatic stay prevents any debt collectors from attempting to collect any outstanding debt and introduces heavy penalties for any violation. Once a plan goes into effect and a discharge injunction is put into place, debt collectors are completely barred from attempting to collect on their debt, so long as the debtor is keeping up to date with their plan payments.

What happens, then, if a debt collector attempts to collect a debt in a way that violates both the discharge injunction and the FDCPA? Bankruptcy courts in the Third Circuit have found that, so long as there is no direct conflict between the Bankruptcy Code and the FDCPA, both can be enforced. When two statutes address the same subject in different ways, the first question is whether they conflict with one another. The second question is whether both can be enforced simultaneously. The FDCPA and the Bankruptcy Code have been found to be enforceable together, allowing a debtor to sue for violation of both the FDCPA and the discharge injunction/automatic stay of the Bankruptcy Code.

The United States Supreme Court has also ruled on similar matters and stated that so long as the two federal statutes are not in direct conflict, they can coexist and can both be enforced. The Supreme Court refers to this as “repeal by implication,” which describes a statute that has been effectively repealed by Congress enacting another statute that covers the same subject. This implication is only to be found where the latter act covers the whole subject of the earlier one and is “clearly intended” as a substitute.


Generally, a violation of the discharge injunction leads to heavier penalties–such as civil contempt and sanctions–than a violation of the FDCPA. However, when two statutes are capable of coexistence, it is the duty of the courts to regard each as effective. The Third Circuit sees the two federal statutes as existing together, rather than being in conflict, thus allowing the two to be enforced simultaneously. This means that if a debt collector were to be found violating both the Bankruptcy Code and the FDCPA, they may be found liable under each and face penalties for violating both statutes, which disincentivizes a debt collector from using unfair collection tactics on a party in bankruptcy.

The purpose of the FDCPA is to protect the debtor from unfair practices of a creditor or debt collector. The purpose of the Bankruptcy Code, specifically the automatic stay and discharge injunction provisions, is to allow a creditor a fresh start without being repeatedly harassed by creditors. If you feel overwhelmed by creditors and debt collectors, speaking with an experienced bankruptcy attorney to discuss your options may be your next step.