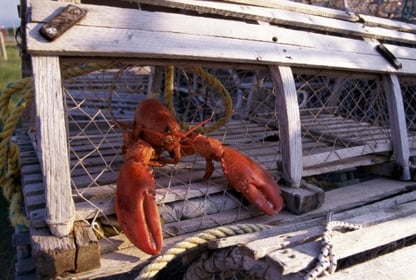 In a recent case, an unwary debtor filed chapter 11 and was guided by a non-bankruptcy attorney.  The debtor neglected to take the required credit counseling prior to filing. In order to avoid a certain dismissal, the debtor checked the box on the petition stating that he was incapacitated, asserting that he had “a mental illness or mental deficiency that makes me incapable of realizing or making rational decisions about finances.”

The debtor (and his attorney) failed to understand the implications of that claim, which coupled with the duties of a chapter 11 debtor-in-possession, made the debtor ineligible to be in control of his own future. The United States Trustee filed a motion to dismiss or convert the case to a case filed under chapter 7. The debtor’s bankruptcy petition clearly illustrated his inability to administer the bankruptcy estate.

Dismissal or Conversion of Chapter 11 Bankruptcy

The dismissal or conversion of a Chapter 11 bankruptcy proceeding is governed by Section 1112(b)(1) of the Bankruptcy Code, which provides as follows:

(B) gross mismanagement of the estate

(E) failure to comply with an order of the court

(H) failure timely to provide information or attend meetings reasonably requested by the United States trustee (or the bankruptcy administrator, if any)

(J)  failure to file a disclosure statement, or to file or confirm a plan, within the time fixed by this title or by order of the court

(L) revocation of an order of confirmation under section 1144

(M) inability to effectuate substantial consummation of a confirmed plan

(P) failure of the debtor to pay any domestic support obligation that first becomes payable after the date of the filing of the petition.

As illustrated by the In re Shar court, the legislative history of this section explains:

[s]ubsection (b) gives wide discretion to the court to make an appropriate disposition of the case when a party in interest requests. The court is permitted to convert a reorganization case to a liquidation case or to dismiss the case, whichever is in the best interest of creditors and the estate, only for cause. Cause may include…[the ten factors listed in § 1112(b)]. The list is not exhaustive. The court will be able to consider other factors as they arise, and to use its equitable powers to reach an appropriate result in individual cases.

In the present case, the debtor did not have the mental capacity to manage the bankruptcy estate. As supported by the Debtor’s bankruptcy petition, the Debtor stated he’s not required to receive a briefing about creditor counseling as a result of “Incapacity – I have a mental illness or a mental deficiency that makes me incapable of realizing or making rational decisions about finances.”

Because there were assets to administer and creditors (one represented by me) that argued that conversion to chapter 7 was in the best interest of creditors, the Bankruptcy Court agreed that dismissal was inappropriate and converted this case to Chapter 7, whereby a fiduciary can be appointed to properly maintain the bankruptcy estate.

If you're considering bankrupcy, make sure you check all the right boxes by contacting an experience bankruptcy attorney in New Jersey.