Not All Credit Card Debt Goes Away in Bankruptcy 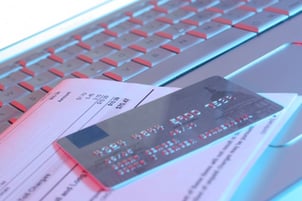 Bankruptcy does not get rid of all types of debt. Some types of debt are presumed to be non-dischargeable: taxes, alimony/child support, government backed student loans. In other instances a creditor may assert that its debt should not be discharged because it meets one of the exceptions provided for in the Bankruptcy Code. Most often this occurs when a person has used his or her credit card on the eve of filing for bankruptcy protection.

Debt incurred to purchase luxury items within the ninety-days preceding the bankruptcy filing date are presumed to be non-dischargeable (the debt does not go away in the bankruptcy). Items purchased that are necessary for the support of the debtor or the debtor's household are not presumed to be non-dischargeable. Section 523(a)(2)(A) of the Bankruptcy Code, however, shifts the burden of proof to the debtor to evidence the luxury/necessity distinction.

Further, section 523(a)(2)(A) excepts from discharge those debts incurred without an intent to repay. Manufacturer's Hanover Trust Company v. Cirineo, 110 B.R. 754, 758 (Bankr. E.D. Pa. 1990) ("it is well-established, in the Third Circuit and elsewhere, that a debtor's use of a credit card is a representation that the debtor intends to pay for purchases made through use of the card." ). A creditor may also assert that the debt was incurred through fraud. A debtor's "[i]ntent to deceive may be inferred from the totality of the circumstances, including a reckless disregard for the truth." Steiert et. al. v. Schroeder, 2006 WL 4452975, at 2 (Bankr. D.N.J. 2006) (emphasis added).

Determing If Debt Should Be Discharged

To support a creditor's complaint that a debt should not be discharged, it will often look at the amount of unsecured debt incurred in relation to the debtor's income and household expense. For example, if at the time the charges were incurred, the debtor had unsecured debt exceeding $33,000.00 and after paying all the household expenses (utilities, mortgage payment, groceries, gas for the car, etc.) he or she had no money left over - which is often the case for a person filing bankruptcy - it is difficult to understand how he or she intended to repay the debt at issue, when servicing preexisting unsecured debt would have required payments of over $650.00 per month at customary interest rates.

Creditors will also look at the date a debtor attended pre-bankruptcy counseling (the counseling is required for all individual debtors before filing bankruptcy). If the debtor is still incurring debt shortly before, or certainly after the counseling, then an argument can be made that the debt was never intended to be repaid when incurred.

Defending Against Creditors In Bankruptcy

Of course I customarily defend these actions brought by creditors and there are all kinds of valid counter-arguments: recent termination of employment, illness, or other unexpected insolvency event that caused the bankruptcy. It is important to discuss debt incurred shortly before the filing of bankruptcy with experienced bankruptcy counsel.

If you have credit card debt and need debt defense in bankruptcy, contact our offices today for a FREE bankruptcy consultation.