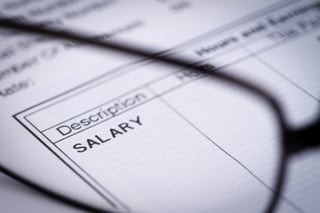 Filing for personal bankruptcy can be overwhelming. If you are in financial crisis and considering bankruptcy as an option for moving forward, you might be confused by the options for filing and what steps they need to take to file. This article will help you start thinking those things through.

Should You Choose Chapter 7 or Chapter 13 Bankruptcy?

One of the preliminary determinations you will need to make is whether to file Chapter 7 or Chapter 13. In order to make this decision, you need to know if you qualify for Chapter 7 bankruptcy. To do this, you need to understand the steps to the Chapter 7 "means test" and determine whether you meet the eligibility requirements.

Chapter 7 bankruptcy is often called a liquidation bankruptcy because it eliminates most of the debtor's debts in the bankruptcy discharge after liquidating many of the debtor's assets, other than a family home and car, to try to pay off as many creditors as possible. Chapter 13 bankruptcy, in contrast, operates more like a financial restructuring, in which the debtor renegotiates payment terms with creditors and repays creditors over a period of three to five years while keeping most assets.

Chapter 7 might seem like a more appealing option to many, since it has the power to simply eliminate a debtor's obligations. However, since Chapter 7 is such a powerful tool, Congress was concerned that only those who absolutely could not pay their debts had the option of filing Chapter 7 bankruptcy. Spurred on by lobbyists from credit card companies who supplied anecdotal evidence of consumers recklessly racking up debt and then simply walking away from those obligations in Chapter 7 bankruptcy, Congress passed the Bankruptcy Abuse Prevention and Consumer Protection Act of 2005, in which they established the Chapter 7 means test to limit Chapter 7 filings to those who fell within certain income guidelines.

Steps of the Chapter 7 Means Test

The first step to the means test is to look at the debtor's home state median income as determined by the U.S. Census Bureau. Then the debtor takes his or her income for the previous six months and doubles it. If that figure is less than or equal to the state's median income, the debtor passes the means test at the first step and need not go any further to determine whether he or she can file for Chapter 7 bankruptcy.

If a debtor has earned more than the state's median income, he or she may still be eligible to file for Chapter 7 bankruptcy after deducting certain expenses from his or her income to determine the debtor's disposable income. The I.R.S. allows debtors to subtract payments for:

If the debtor's disposable income falls between $6,000 and $10,000, there is one final step to the means test. The debtor compares his or her disposable income to the amount of his or her non-priority unsecured debt, such as bank credit cards, store credit cards or personal loans not backed by collateral, to determine whether it is feasible to make anything more than token payments to his or her creditors.

Making a Decision about Bankruptcy

Financial troubles may seem insurmountable and the idea of filing for bankruptcy might seem to be daunting or out-of-reach. It's true that the Chapter 7 bankruptcy means test has tightened the requirements for those who can file. But many people still qualify for this powerful form of debt relief. If you are struggling financially and feel like you are out of options, do not hesitate to contact an experienced bankruptcy attorney who can discuss your situation with you and advise you of your options.