What Happens If a Bankruptcy Debtor Dies? 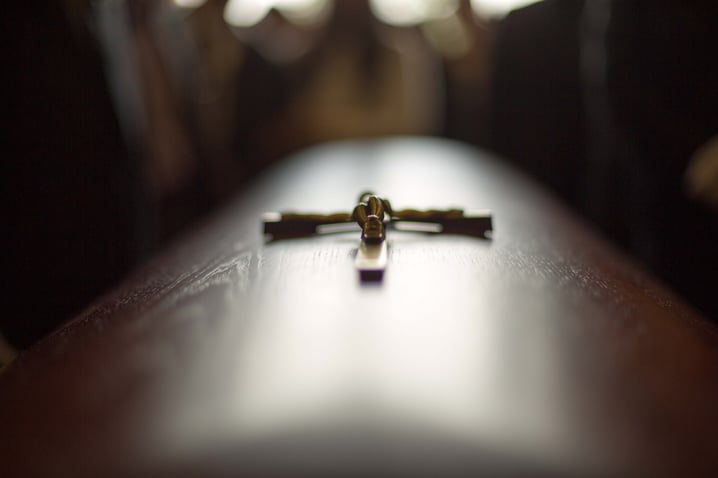 While it does not happen often, debtors do sometimes pass away while their Chapter 7 or Chapter 13 bankruptcy case is still pending. Those in their old age, or those attempting to discharge expensive medical debts, may be the ones most concerned with how their debts will affect their loved ones after they are gone. Here, we will discuss the process the courts follow after a debtor dies to either continue the case, as is common in a chapter 7, or dismiss the case, as is common in a chapter 13.

A chapter 7 bankruptcy is a liquidation bankruptcy. In a chapter 7, a trustee is appointed to sell the property and pay the creditors. The debtor is not entirely necessary for the administration of the case and tend to be less involved than in other chapters of bankruptcy. This, in turn, allows a trustee to continue the case without the debtor and, in the case of the debtor passing during the pendency of the case, allows the trustee to administer the case as if the death had never happened.

Federal Rule of Bankruptcy Rule 1016 states that “death or incompetency of the debtor shall not abate a liquidation case under chapter 7 of the Code. In such event the estate shall be administered, and the case concluded in the same manner, so far as possible, as though the death or incompetency had not occurred.” The rules explicitly state that a chapter 7 is to continue past the death of the debtor. This allows a trustee to continue on as if the debtor was still alive.

Generally, in a chapter 7, the end goal is a complete discharge of all debts once the estate has been entirely liquified and paid out to creditors. This is still possible in the case of a debtor who dies while the action is still pending. The debtor’s exemptions would still apply, meaning their home, tools of their trade, retirement benefits, and all other exemptions the debtor would have listed when they first filed their case, would all still be safe.

Further, in a chapter 7, a debtor is required to complete a financial management course after the bankruptcy in order to obtain a discharge. The bankruptcy code does, however, provide exceptions to these rules. For example, under 11 U.S.C. § 727(a)(10), if the debtor becomes disabled or incapacitated they can be found exempt from the financial management course. The bankruptcy code, under 11 U.S.C. § 109(h)(4), considers death to qualify as incapacity, and therefore a debtor who has passed away would thus qualify for the exception to the financial management course. This would then allow the trustee to obtain a full discharge, even without meeting certain requirements. While this may seem complicated, this is but one facet of the bankruptcy code to consider when a debtor dies. The main idea to keep in mind is that a debtor’s participation is not necessary in a chapter 7. The trustee, and the debtor’s attorneys, are capable of continuing the case and achieving the discharge, even should the debtor be unable to continue the case on their own.

A chapter 13 bankruptcy is slightly different. A chapter 13 requires the participation of the debtor. Generally, the chapter 13 debtor must make monthly payments to the bankruptcy trustee for three to five years before the case is finished through a repayment plan. The court will dismiss the case without discharge if the debtor does not make these payments. For a chapter 13, the rule states “the case may be dismissed; or if further administration is possible and in the best interest of the parties, the case may proceed and be concluded in the same manner, so far as possible, as though the death or incompetency had not occurred.” Dismissal is generally favored as a chapter 13 case relies on payments made from the debtor.

Here, the administrator of the debtor’s estate must decide how to proceed. There are multiple options. The estate may request to dismiss the case, as is most common, request a hardship discharge, convert to a chapter 7, or continue the chapter 13 case.

Dismissal of the case, while the most common, also leads to some of its own issues. First and foremost, dismissal of a case means the estate will not receive a discharge. This means the estate will now be liable for the debts, and, if the estate does not have enough property to cover those debts, the deceased debtor would likely leave nothing to their family. Further, this would mean that the bankruptcy exemptions, such as the homestead and retirement funds, may be at risk. This does, however, prevent the estate, or the administrator of the estate, from continuing a payment plan even after the debtor has died in an attempt to achieve discharge.

A hardship discharge under chapter 13, while uncommon, does have its benefits. First, the estate must show that the unsecured creditors have received the same amount they would as in a chapter 7 case. This means the value of any property that could not be protected with a bankruptcy exemption. While this may be a difficult bar to jump over in some cases, a hardship discharge would discharge all debts and prevent creditors from attempting to get their share of the deceased debtor’s estate.

Conversion to a chapter 7 case is often incredibly difficult. In fact, many courts do not even allow conversion from a chapter 13 to a chapter 7 after the debtor has died. Under 11 U.S.C. § 1307(c), a debtor may convert his case to a case under chapter 7 at any time. However, with the debtor being deceased, courts are inconsistent with their rulings as to whether the administrator of an estate is eligible to convert a case on behalf of the debtor.

Finally, the administrator does have the option to simply continue the chapter 13 case on behalf of the deceased debtor. The administrator must first acquire court approval, but, under the court’s discretion, the administrator may show that this route is in the best interest of all the parties. Often, this is the case for chapter 13 bankruptcies that have already begun payment plans, and to cease payments or prevent discharge would be prejudicial to the estate.

Should you have any questions or interest in declaring bankruptcy, we invite you to contact us directly at 201-490-4777 or schedule an initial consultation with a New Jersey bankruptcy lawyer. We can give you a FREE bankruptcy consultation on the phone so we can discuss your options.