Can a Pedestrian Be at Fault for Car Accidents?

When you hear that a vehicle crashes into a pedestrian, the first assumption is the driver was speeding or not paying attention to the road. When pedestrians are walking on the sidewalk or crossing the crosswalk at a light, drivers need to look forward on the road to react to whatever happens on the road. New drives? New walkers? These are factors that matter greatly to any driver. To ignore them is to behave in a negligent manner.

However, is it always the car driver’s fault if a pedestrian is hit? Drivers can be negligent, but so can pedestrians out for a walk. The only issue is that their negligence is usually self-destructive, putting them in harm’s way in an unnecessary fashion. This all invites the question: when are pedestrians at fault for vehicular accidents?

The Laws of Pedestrian Observation 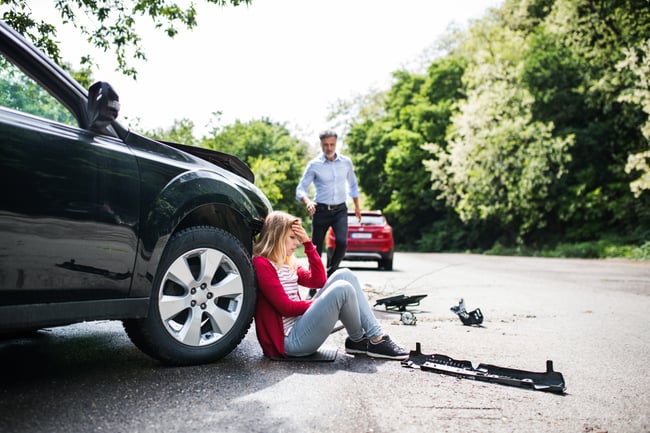 What do these include? Watching the road is important. When crossing, make sure the light signals you have the right to cross. When crossing a street, look both ways to make sure a car is not coming. Do not walk in the middle of a busy road. Do not cross through an intersection where there is not a walkway.

In Poole v. Twentieth Century Operating Co., 121 N.J.L. 244 (E. & A. 1938), a mother and her child crossed an intersection when they saw a bus had stopped by the curb. They walked, knowing the driver of the bus saw them and was waving for them to pass. However, a taxi sped regardless around the bus and ran over the child’s foot. The driver in question was deemed negligent for not paying attention to the pedestrian’s needs. This case established several precedents in New Jersey law, but most specifically that drivers are required to exercise caution and that civilians are expected to exercise due caution when on the road. In the case of the mother and child, they did everything right, and the jury ruled in their favor.

These are reasonable concerns that are expected of all pedestrians walking in the street that you would expect to exercise your own self-preservation. However, there are many individuals who either, unintentionally or intentionally, have chosen to forego basic precautions to keeping themselves safe. As a driver, if you find a pedestrian who acts with criminal negligence on the road, putting either themselves or others at risk, how can you tell that they’re at fault for what went wrong and not you, the driver exercising reasonable concern?

Let us examine first the pure accidents. A person might trip or stumble, falling sideways into the road. In cases like this, it is essential for the driver, given enough time and space, to reasonably try to stop or swerve out of the way. However, even as a person falls under the tires of your vehicle, an undeniable fear comes to mind: am I at fault?

The law is gray here. The law requires both pedestrian and driver to exercise reasonable concern while driving. As a driver, you should be reasonably worried that a pedestrian walking alongside or on a road might act recklessly. Therefore, if a person accidentally falls into the road due to some defect in the sidewalk or just clumsiness, you might be held criminally negligent.

Alternatively, if the source of the trip or stumble is a sidewalk, neither you or the pedestrian might be held responsible, but rather the landowner responsible for maintaining or managing obstructions on the sidewalk. It is possible that the person, rather than file a personal injury claim against the driver, might try to file a personal injury claim against the owner of the property. While the car is partially responsible for their damages, the property’s disrepair or poorly managed area is responsible for the trip that caused the accident.

Matters like these are a gray area that require legal litigation and examination to determine who is more at fault, whether someone could have reasonably predicted the event would take place, and if criminal negligence played any factor in the situation. 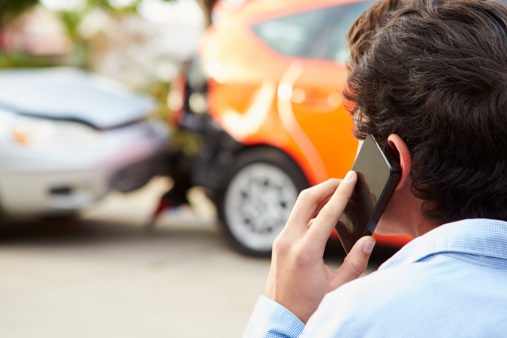 When discussing this matter, several areas that appear legally murky are explicitly spelled out in the law. Drivers are required to reasonably exercise caution in given highway activity. In cases like these, the law requires that the driver exercise reasonable care under the circumstances and this includes preparing for potential accidents and making reasonable observations.

If drivers break the rules of the road, they are behaving in a negligent manner and potentially criminal manner. If a driver hits a pedestrian while speeding, while ignoring traffic signs, while driving in any reckless manner, then clearly the ensuing accident is a result of criminal negligence. Even if the pedestrian behaves in an irresponsible manner, a driver is expected to enact more responsibility driving a vehicle.

The ability to exercise reasonable concern is altered based on several physical factors. If a person is of smaller stature, poorer eyesight, or aging, they need to exercise reasonable precautions when driving to compensate for any personal difficulties they need to confront. However, if a civilian is acting within their legal rights and a car hits them, then even if said individual was, say, running through the street, the driver is still responsible if they acted with negligence.

Consider Van Rensselaer v. Viorst, 136 N.J.L. 628 (E. & A. 1948). In this case, the plaintiff sued a car for striking him after he crossed Rt 4 – a six lane highway -- on foot where there was no bridge or crosswalk. A car struck the plaintiff, though the driver hit the brakes roughly thirty-eight feet from the plaintiff, skidding straight into him. The car was going 30 miles per hour. While the driver claimed he could not swerve into the other land due to traffic running alongside him, the plaintiff claimed no such driver existed. However, the plaintiff was also crossing a six-lane highway far from a crosswalk on-foot. The jury had to determine which party’s negligence caused the accident and deal out the ramifications of the personal injury from there.

Ultimately, the court ruled in favor of the plaintiff by judging that the plaintiff had not acted irresponsibly by crossing away from a crosswalk but was responsible for their own personal safety by walking in an unmarked area. In doing so, members of the highway are mutually responsible for obeying the rules of the road, exercising reasonable concern. It is expected that both parties would follow the rules of the road. If one party, like a car, breaks it, that puts the unguarded civilian in a vulnerable position.

So, if a driver is not breaking traffic laws, is not speeding, and is exercising reasonable responsibility, then when is it that a pedestrian is held accountable for an accident? One component worth considering is the negligence of parents who let their young children run free. Families that install cones or visible warnings to passing drivers exercise reasonable caution to protect their children, but parents outside with their children are also exercising reasonable precaution as well. However, if a parent is letting their young child run into the street, depending on when the child ran into the street, the parent can be held accountable for their child’s accident. This is assuming that the child runs into the street in a manner that a reasonably cautious driver would be left incapable of reacting or averting fast enough.

One common occurrence is deliberate risk-taking behavior. When a person deliberately partakes in a dangerous activity, knowing they are putting themselves in danger, they can be held accountable for behaving in an irresponsible manner. An example of this is running out onto a street from behind visual cover. Drivers need to be able to see pedestrians on the road, so if a pedestrian emerges from around a point the driver would have no way of seeing around, then it can be the pedestrian’s fault for entering the road. An example is a J-walker sprinting out from behind a parked car right as a car is driving by. Such risky behavior is already illegal on the walker’s part, made worse by it being a surprise for the driver that simply could not be anticipated.

However, another factor worth considering is when one acts in a way that will cause self-harm. People who throw themselves in front of cars often jump at the last second, too soon for the driver to stop in time to protect them. Individuals contemplating suicide or hoping to cause injury to themselves are responsible for accidents that might occur as a result.

What Will Happen in Court?

While all of these put the pedestrian at fault for negligence, the question remains what happens if a pedestrian is negligent, and their negligence results in an accident?

Who is at fault depends on a number of factors as between the pedestrian’s and driver’s actions. This might require photographic evidence, eye-witness accounts collaborating the account of the person behaving irresponsibly. Where fault is not so clear a jury must evaluate the comparative negligence of the parties. This process is called Comparative Negligence Evaluation.

Regardless, if you are a pedestrian caught in a vehicular accident, you need representation, especially if the person driving you is wrongfully trying to portray you as the party responsible for the collision. This is where we can help. The attorneys at Scura, Wigfield, Heyer, Stevens & Cammarota LLP can help. Please call our offices to schedule a free consultation and hear your options.