What Does It Mean to Discharge in Bankruptcy? 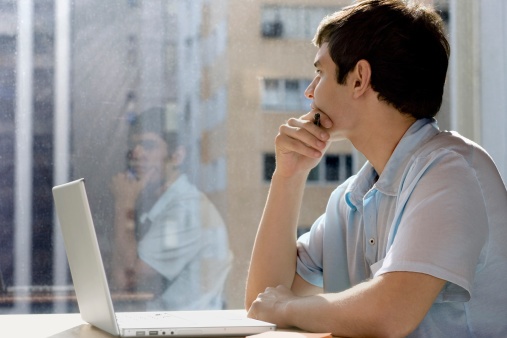 Discharge in bankruptcy means to eliminate, or wipe out, a debt. Under a Chapter 7 Bankruptcy for example, unsecured debt, such as credit cards, personal loans, or medical bills, can be completely discharged.

A person filing for bankruptcy (referred to as a debtor) may keep all of the property (house, car, retirement accounts, personal property, etc.) he or she owns without having any of it liquidated. A bankruptcy under this chapter typically lasts about four months from start to finish.  At the conclusion the debtor is fully discharged from his or her debt. A side-effect of this also means creditors, those who are owed money, can no longer attempt to collect the debt that was discharged. This offers debtors the ability to start fresh, with a clean slate.

Under the Bankruptcy Code, certain exceptions exist to discharge. These include any debts incurred for a tax or customs duty, debts incurred by fraud, domestic support obligations, willful and malicious injuries, and student loans. These debts may be put on hold briefly, under the provisions of the automatic stay of the Bankruptcy Code, but payments will start again either once the stay is lifted on motion by the creditors, or at the conclusion of the bankruptcy case.

How to Discharge Student Loans in Bankruptcy?

Currently, student loan debt in the United States totals roughly $1.75 trillion and grows 6 times faster than the nation’s economy. The average federal student loan debt balance is $37,113, and including private loan debt, the average balance may be as high as $40,904.

While student loans are known to be extremely difficult to discharge under the Bankruptcy Code, it is not impossible. In order for a student loan to be non-dischargeable in bankruptcy court, the loan service provider merely needs to show the loan fits into at least one of four categories: a loan from the government, a loan from a nonprofit organization, any other type of loan for qualified educational expenses, or an obligation to receive funds as an educational benefit, stipend or scholarship.  If the loan service provider demonstrates that its loan fits into one of those four categories, the student loan would then only be dischargeable after a separate action is brought, called an “adversary proceeding”, wherein the debtor must convince the bankruptcy court that repayment of the loan would impose an “undue hardship” on the debtor and their dependents. Generally, the Third Circuit follows the test as shown in Brunner v. New York State Higher Educ. Servs. Corp., 831 F.2d 395 (2d Cir.1987) to determine whether a student loan is dischargeable. This is a three-part test, where the debtor needs to show

Historically, the Brunner test is known to be an incredibly difficult standard. Additionally, courts have determined that any amount of money given in a private loan for the cost of attendance of any career-enhancing program is non-dischargeable. Some courts are now going against the grain in saying that those loans may be dischargeable, but only under very specific circumstances.

Many courts have decided that the third category discussed above – any other type of loan for qualified educational expenses – encompasses almost any amount of money given in pursuit of education, be it coding bootcamps, culinary arts classes, or any career training program wherein one would not receive a degree upon completion. Their justification has essentially been that a student should not be able to receive a loan where they increase their earning capacity solely just to have it discharged in bankruptcy, or every student would be doing so immediately upon graduation.

More recently, however, attorneys have found more creative ways to allow these debts to be eligible for discharge in bankruptcy. Specifically, lawyers are arguing that loans disbursed by student loans service providers directly to students, rather than through their financial aid office, do not fit into any of the categories exempt from discharge in bankruptcy. As of yet, three courts have sided with attorneys making this argument. In a more recent case, Homaidan, the appeals court affirmed the denial of the defendant creditor’s motion to dismiss. The court justified its decision, differentiating between funds given directly to a student’s account against funds dispersed through a financial aid office, as the Bankruptcy Code never specifically refers to “loans” but rather limited to conditional grant payments similar to scholarships and stipends.

While this may seem like a big win for students, it is simply the first step in allowing the discharge of student loans in bankruptcy. The Homaidan decision merely decided on whether the exception to dischargeability related to an obligation to repay funds received as an educational benefit applies to private student loans. There are other exceptions to get around discharge for private lenders, including defining the loans as qualified educational loans under 221(d)(1) of the Internal Revenue Code of 1986. The above cases only disqualify lenders from using one argument to prevent a discharge of private student loan debt. Additionally, only circuit courts have ruled on the matter. This means that the decisions are only binding within the circuit that decides them.  No yet has the issue moved to the Supreme Court of the United States where the judges may make a final decision on whether private student loans are dischargeable everywhere. For now, those with student loan debt should still rely on the “undue hardship” test above, but with the increasing number of adults going into debt for their education, and the slow recovery of the economy in a post-COVID-19 world, we could be seeing more challenges to these rules in the near future.