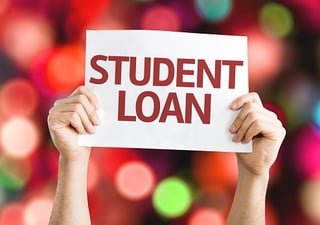 Student Loans in the News: Treatment of Student Debt under Bankruptcy & Beyond

Recently the cost of college education has been in the news, as the costs for college tuition at both public and private colleges and universities has skyrocketed over the past several years. One of the most frequent questions our firm receives when consulting with clients is about the impact of filing a bankruptcy on an individual's student loan debt.

When answering this question, we must often provide the client with news that they do not want to hear . . . that in most circumstances, debt incurred for student loans, either public or private, is non-dischargeable under the current law.

There are circumstances that do allow for the dischargeability of student loans. However, to discharge student loans requires that a determination that the continued repayment of the loan, at a minimal amount, will result in an undue hardship on the debtor/borrower and his family. This is a extremely high standard to meet, and prior to such a finding, the debtor would have to bring an adversary complaint against the government lender, where it would be the Debtor's burden of proof to show that there was an undue hardship created by repayment of the loan. Typically, the Debtor must meet a three prong test to show existence of an undue hardship

To meet the minimal standard of living prong, the bankruptcy court considers, whether, after factoring for the basic needs of debtor and any dependents for food, clothing, shelter, and medical treatment, the debtor has any additional funds available to make necessary payments toward his student loans. In re Carlson, 273 B.R. 481, 484 (Bankr.D.S.C.2001). The second prong requires that debtor to demonstrate that the dire financial condition which has caused the hardship will persist for significant portion of loan repayment period for reasons which are not within the debtor's control. In re Brightful, 267 F.3d 324 (3 rd Cir. 2001). The third factor of whether there has been a good faith effort to repay the loan, is typically a judgment call by the court as to whether the debtor has made all efforts to repay the loan. Factors which are considered are the debtor's efforts to obtain employment, maximize income, and minimize their expenses. In re Mason, 464 F.3d 878, 884 (9th Cir.2006). Also considered is whether the debtor incurred substantial expenses those required to meet there basic living requirements, and whether the debtor made any efforts to restructure the loan prior to filing his bankruptcy petition. Pelliccia v. U.S. Dep't of Educ., 67 Fed.Appx. 88, 91 (3d Cir.2003)

If the Debtor fails to prove any prong, then the student loan debt cannot be discharged. 11 U.S.C.A. § 523(a)(8). Courts have held that the "undue hardship" discharge should be reserved for those exceptional cases, and require the presence of 'unique' or 'extraordinary' circumstances which render it unlikely that the debtor ever would be able to honor his obligations. In re Sperazza, 366 B.R. 397 (Bankr. E.D.Pa.,2007) citing In re Ballard, 60 B.R. 673, 675 (Bankr.W.D.Va.1986).

As one can imagine, the costs of litigating this issue, along with the rarity in which Courts determine that Debtors are entitled to such a "hardship discharge" results in most debtors conceding the point that they will have to continue repayment on their student loans.

As bankruptcy attorneys we encourage our clients to enter into a payment plan with the entity holding the student loans, as if this is ignored, federal regulations allow the student/borrower's wages to be garnished to repay student loans up to 10% of the take home pay. 59 Fed. Reg § 22473. Further, the lender can also offset tax refunds and apply them to the amount due on the defaulted loan.

While the current outlook for the dischargeability of student loans in bankruptcy looks bleak, there are those in Congress who are seeking to sponsor a bill which would revert the Bankruptcy Code to its pre-2005 status. One of the provisions of the 2005 Bankruptcy Reform Bill was to prevent Debtors from discharging debt on private student loans.

Rep. Steve Cohen, D-Tenn., one of the proponents of the House bill, asserted that the companies that provided these loans provided these loans to many individuals who otherwise would not receive them because of poor credit, because of the institution's knowledge that the loans were not subject to discharge in a bankruptcy. Similar legislation has been introduced in the Senate by Sen. Dick Durbin, D-Ill, but neither anticipates that the legislation has the support to pass.

One of the themes of the Occupy Wall Street movement has been its rallying cry regarding student loans and the continuing burden owed by past, and future students. According to estimates, the amount of student loan debt owed currently is between $550 billion and $829 billion. Organizers have promoted themes including the total forgiveness of student debt and started the following website in support of the same - forgivestudentloandebt.com; another idea that has come out of the movement was the mass payment stoppage, wherein all protesters would agree to stop making payments on their continued student loan debt.

Based on the current economy and the job prospects for many individuals entering the workforce for the first time, more and more people are defaulting on their student loans. Based on statistics from the Department of Education, in 2009, a total of 8.8% of all student loan borrowers defaulted on their loans during the 2009 fiscal year, an increase from 7% in 2008. The default rate was even more severe at for-profit colleges and universities, which saw the default rate for their graduates increase from 11.6 % in 2008 to 15 % in 2009.

The Pay as You Earn Program

All of this resulted in President Obama's announcement of a new program, the intent of which is to lessen the student loan debt for low income graduates. The "Pay as You Earn" program would allow a graduate to pay 10% of their discretionary income for 20 years, and then have the remainder of their federal student loans forgiven. This replaces the current program, which requires low income student loan borrowers to pay of 15% of discretionary income for 25 years prior to having their debt forgiven. In addition, the President announced that borrowers who have a mix of direct federal loans and loans under the old Federal Family Education Loan Program can consolidate these loans and receive a slightly lower interest rate, resulting in savings to the borrower. In an effort to address the affordability of secondary education, the Obama administration has also expanded tax benefits for college costs, including the American Opportunity Tax Credit, which was introduced in 2009.

While the backers of these student loans would prefer to hang onto these loans in perpetuity, and continue with the nondischargeable status of the loans, the rising cost of education must be taken into account. Recently, the College Board reported the average in-state tuition costs at four year public colleges increased an average of 8.3% this fall. While much of this increase was influenced by a substantial increase in the cost of public education in the state university system in California, the College Board still determined that there would be a 7% national increase, without the California data. The current college cost of college is increasing at about twice the inflation rate. According to the College Board's Trends in College Pricing, the 2010-2011 average total costs (including tuition, fees, room and board) were $16,140 per year for students attending four-year public colleges and universities in-state and $28,130 out-of-state, and $36,993 per year for students at four-year private colleges and universities.

Based on the amount of money involved in a four year college education, and the expected continued increase of college costs, this is an issue that will be front and center for many years. Where will the issue of student loans go? While no one knows, everyone can see that the affordability of education and its place in the "American Dream" will be a hot button topic going forward. As more and more college graduates enter the workforce saddled by a mountain of debt, there clearly is more and more social pressure to support some form of debt forgiveness for student loans, whether it be in a bankruptcy context or otherwise.

If you are in a touch financial situation and think bankruptcy may be the best solution for your non student loan debt, contact us for a free bankruptcy consultation today.