Can a Foreign Citizen File Bankruptcy in the United States? 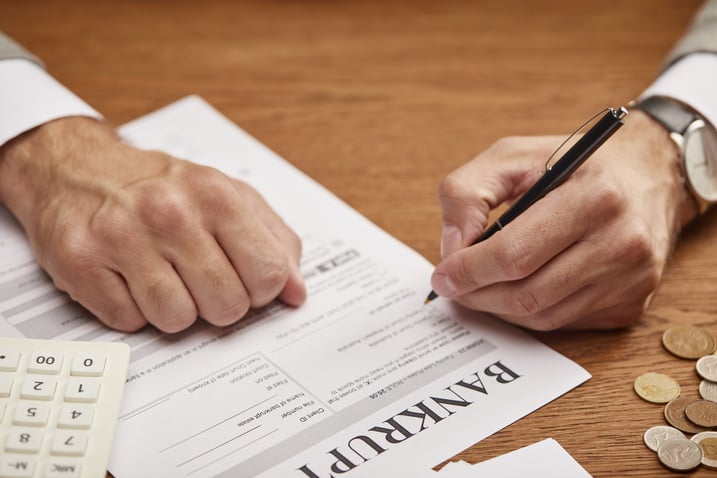 Internationally, the United States is looked at as a land of opportunities. Many come here seeking better business opportunities, educational benefits, or any other route to the American Dream. However, when people engage in business, many will incur significant debt. Similarly, people will borrow money with the intent of paying it back when they graduate or find their first job. When one is unable to achieve these goals, can the debtor, a non-citizen, file for bankruptcy? The short answer is yes.

Under the bankruptcy code, any person that (1) resides or has domicile, (2) has a place of business, or (3) has property in the United States can be a debtor. See 11 U.S.C. § 109. These are the sole requirements for an individual to have the right to file bankruptcy in the United States, meaning that anyone–including undocumented immigrants–may file for bankruptcy. Under the bankruptcy code, the only requirements are that the debtor is an individual or a business, meaning there is no citizenship requirement. Even an undocumented immigrant can file for bankruptcy relief. The bankruptcy courts do require a debtor to present a social security number or tax identification number, for the purposes of identification, but anyone with those identifiers can still declare bankruptcy. However, there are other considerations to keep in mind, including immigration status and whether foreign proceedings will take precedence over those in the United States when it comes to the distribution of assets. On the other hand, a foreign creditor to whom a debtor owes money may need to decide whether to use the bankruptcy code in the federal courts of the United States or to pursue their debts in the foreign country in which the debtor or creditor does business.

As stated above, anyone that resides in, has a place of business, or owns property in the United States can be a debtor. However, there are other considerations to keep in mind. While there is no explicit law stating that filing for bankruptcy will prevent the United States Citizenship and Immigration Services from approving your visa, green card, or citizenship application, to become a citizen or lawful permanent resident of the United States, you must prove that you have “good moral character.” If fraud is committed when filing for bankruptcy, such as deliberately running up thousands of dollars in debt prior to filing, that could be evidence of bad moral character and the basis for rejection from naturalization or citizenship.

Bankruptcy on account of job loss, the effects of Covid-19 on personal finances, or high medical bills will not affect a person’s immigration status. The purpose of bankruptcy is to give debtor’s a second chance and allow someone who has more debt than they can pay to start over. A bankruptcy filing alone would not be evidence of “bad moral character.” Intentional violations of the bankruptcy code by committing crimes such as lying under oath, supplying false financial statements, and omitting essential information or assets from bankruptcy papers are, however, crimes under the bankruptcy code that may prevent a person from achieving citizenship.

While the bankruptcy code has its own punishment for debtors who commit fraud in filing (such as dismissal of case, conversion to chapter 7, or even criminal charges if severe enough), the average debtor does not need to worry about this, so long as they are not intentionally using the bankruptcy code for the purposes of fraud. Immigrants face a wider array of possible punishments, including creating bars to attaining citizenship. The intent is not to prevent a debtor from obtaining citizenship in the future, but instead to stop a prospective citizen from committing fraud in their filing. Should there be no issues with the filing of the petition, a bankruptcy should not prevent an immigrant from obtaining their citizenship.

For an American citizen living abroad, the process of declaring bankruptcy is roughly the same as if they were still living in the United States. This means filing a petition, attending a counseling session, submitting the means test form, and formulating a plan to repay your debts prior to discharge. However, as stated above, there is no citizenship requirement for a bankruptcy to be filed. This means that, even as a United States citizen living abroad, an individual has to show they own property or have a home in the United States prior to filing their petition. The bankruptcy court needs to be shown it has jurisdiction to rule on both the case itself and the claims the debtor is attempting to discharge.

Another consideration to keep in mind is that the bankruptcy courts only have jurisdiction to discharge debts incurred within the United States. A bankruptcy court may only prevent businesses operating in the United States from continuing to attempt to collect on their debts after a discharge. A debt incurred from a corporation formed in China, solely doing business in China will not be subject to the American bankruptcy procedures. This means that, unlike those debts that would be discharged in an average bankruptcy, foreign creditors can still attempt to collect these debts well after the discharge injunction would prevent other creditors from collecting.

This jurisdiction issue cuts both ways, however. A foreign company must first go through their nation’s legal system to obtain a judgment in their home country for the money they are owed. That judgment must then be recognized by a state court before it can be enforced. While this state judgment may be discharged in bankruptcy, the original, foreign judgment may not. This means that the company may not be able to collect their debts in the United States, but may be able to collect outside of American borders.

While America may be the land of opportunity, individuals will often take on significant debt in pursuit of that opportunity. The purpose of the Bankruptcy Code is to allow a debtor to get a fresh start and a clean slate from their current debts. Our office offers free consultation and bilingual services to make answering your bankruptcy questions and filing on your behalf that much easier.