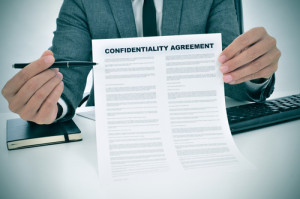 You have been the victim of sexual harassment or discrimination in the workplace. You notify your employer’s human resource manager, who initiates an appropriate investigation into your claim.  Your employer eventually wants to reach an amicable settlement with you. In exchange for your agreement to settle your claim, your employer requires you to sign the settlement agreement containing, among other things, a provision whereby you agree not to disclose the details of your harassment or discrimination.

Enjoying this blog? Here's another you may like: New Jersey Discrimination Laws

Some in the legal community, however, believe the proposed legislation may be counterproductive. For example, the thought is that defendants to a sexual harassment or discrimination claim would be less encouraged to settle if their underlying conduct was not kept confidential.  Without the impetus to settle, defendants may be apt to continue their inappropriate conduct.

To learn more about the pending legislation and how it may impact your business, feel free to contact me at cheyer@scura.com or call me at (973) 696-8391.