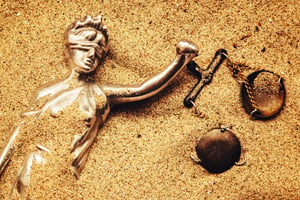 Recently, I successfully represented a debtor in an adversary proceeding brought by creditors (the Plaintiffs) seeking to have the debt owed to them declared non-dischargeable pursuant to 11 U.S.C. § 523(a)(6). In this case, my client’s entity, in which he was the sole shareholder, formerly owned and operated a bar in Colorado for a short period of time. During the time that his entity owned the bar, employees complained of sexual harassment at the hands of the bar’s manager, who was the Debtor’s brother-in-law. This blog will explore the facts and circumstances of this case along with the legal standard to explore why the Judge ultimately found that the Debtor was entitled to judgment as a matter of law.

BASIC FACTS OF THE CASE

When a Debtor files a bankruptcy proceeding, a creditor has the right to challenge the dischargeability of a debt pursuant to Section 523 of the Bankruptcy Code. A creditor must review the provisions of that code section to determine if the facts and circumstances concerning the debt owed falls within one of the provisions of that code section. One of the provisions of Section 523 of the Bankruptcy Code is 11 U.S.C. § 523(a)(6), which states that “a discharge…does not discharge an individual debtor from any debt-for willful and malicious injury by the debtor to another entity or to the property of another entity.” The United States Supreme Court has set an extremely difficult standard for creditors to meet to establish non-dischargeability of a debt under this code section by finding that the debtor must cause a “deliberate or intentional injury, not merely a deliberate or intentional act that leads to injury.” Kawaauhau v. Geiger, 523 U.S. 57, 61 (1998). Therefore, the conduct of the Debtor must exceed recklessness and rise to the level of deliberate or intentional conduct. Id.

DISCUSSION OF THE LAW AS IT PERTAINS TO THE CASE